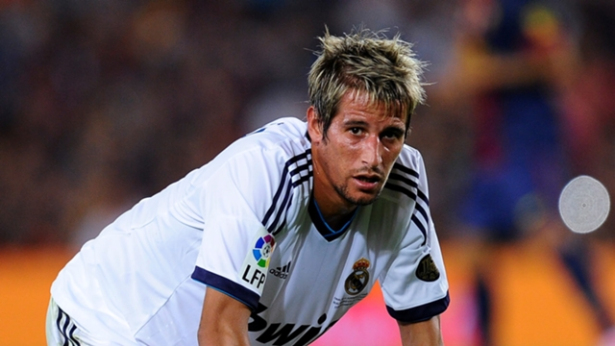 At the close of the summer transfer window, Manchester United’s deal with Real Madrid for Coentrão fell through after Coentrão’s replacement; Granada’s Guilherme Siqueira was loaned to Benfica.

Coentrão was devastated that the move fell through, but signed a contract extension with the club before suffering an injury while on international duty this past October, an injury he has yet to recover from.

However, according to the Daily Mirror, United are back in for Coentrão and the Portuguese international is eager to make the move in order to improve his resume ahead of the 2014 World Cup.

The report cites the player’s agent, Jorge Mendes as the source of the information, who informed the newspaper that the deal could be done for €14.5 million.

Despite the report, Real Madrid manager, Carlo Ancelotti insisted that no players would be going in or out in January, but President Florentino Perez could be willing to get whatever he can back from the original €30 million transfer from Benfica in 2011.