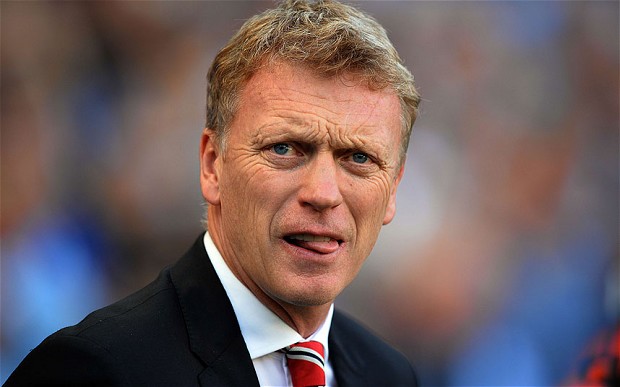 From all I’ve read and observed regarding the likeable manager of Manchester United Football Club, there appears to be two diametrically opposed aspects to David Moyes.

On the one hand, there is the intelligent, meticulous, hard-nosed David Moyes: the top-flight football manager who, despite dealing with the unceasing demands of leading the football operations of one of the biggest clubs in the world, thinks nothing of driving himself to Chesterfield on a rare day off to personally scout a youngster making his way in League Two. A man so determined not to be misled by faulty scouting reports that, as Michael Calvin noted in his book “The Nowhere Men: The Untold Story of Football’s True Talent Spotters”, he aims to have up to fifty scouting reports prepared by between ten to twelve scouts on a prospective signing before finally deciding whether or not to lodge a bid for him. A manager who, in an age of DVDs prepared by football agents and YouTube sensations, prefers to view a prospect in the flesh, to see actual evidence with his own eyes. Here’s a man who demands rational, reasoned and skeptical analysis of talent and potential before deciding whether or not to commit to any given player. This is seemingly not a man who is open to the idea of buying a player and “hoping he works out” or in other words, taking a risk.

Then there is the deeply religious David Moyes, a man of faith who puts his trust in the guidance of a higher power. Moyes has said on record that he prefers not to speak publicly about his Christian faith, and so we can only speculate as to the exact role that religion plays in his life, but it seems reasonable to assume that like the majority of his Christian brethren, Moyes requires no objective proof of the existence of his God to maintain his belief in his religion. One presumes that Moyes does not question, nor doubt – he simply believes. And if David Moyes chooses to place blind faith in his religious beliefs, that is of course his right.

You might wonder what sort of internal dialogues rational David Moyes has with true believer David Moyes. Has rational David Moyes ever asked true believer David Moyes to list fifty miracles that have been witnessed by at least ten independent observers to substantiate the tenets of his belief? It’s doubtful, but it doesn’t matter. These two sides of Moyes clearly co-exist within the one man without any apparent dysfunction or inner conflict. It’s observable even in Moyes’ press conferences: the same man who has been widely praised for his detailed preparation and tactical analysis of upcoming opponents speaks of “hoping to make things hard for them”, as if after all the scouting and video watching all that’s left is praying for victory. “Hope” is a major component of David Moyes’ public vocabulary, and one might suspect that it’s a word he uses a lot in private as well.

As the 2013-14 Premier League season heads into its second half, it seems as though the United fan-base is similarly divided, but much more seriously split, between the rational and the faithful.

There are those who analyse match statistics and tactics, who question why a squad that is almost entirely composed of the same players that won the league at a canter only seven months prior now finds itself facing the possibility (though at this stage, not probability – at least not yet) that it might not even finish in a Champions League spot. For the rational, there are many potential causes for the deterioration in Manchester United’s performance, which is visible both on the pitch and when viewing the league table. There’s the failure by United to strengthen last summer, offset only by the expensive acquisition of Marouane Fellaini who, for whatever reason, has yet to find his feet at Old Trafford. There’s a marked deterioration in the individual performances of virtually every senior player, with the notable exceptions of Rooney, Jones, Welbeck and Young (the latter of whom was coming off a very low base indeed). Related to this is the aging out of players such as Evra and Ferdinand, for whom the end of their glittering careers as Reds is very much, and very regrettably, in sight. There is common consensus that all of these factors have played a part, with the only disagreement being to what extent each has been relevant.

More controversially, some Reds have begun to question to what extent Moyes himself is responsible for the decline in the club’s performances. Some have examined his tactical set-up, with wide players seemingly determined to fling poorly aimed crosses into the box irrespective of the height and heading ability of opposition centre-backs; not to mention the empirical evidence that suggests such an approach is so statistically unsuccessful irregardless of personnel that none of our primary competitors domestically or in Europe have used such an approach for years. Others have queried his team selections, with the aging Evra, whose recovery runs seem to get slower and slower every week, at times finding himself playing behind makeshift wide-men like Kagawa whose defensive instincts and willingness to track back are so non-existent as to leave United’s left flank wide open for opposition wingers to exploit; another Moyes favourite to date has been the use of winger Antonio Valencia as a makeshift right-back. Changes to the training routines at Carrington may also have inadvertently contributed: there have been suggestions, albeit as-yet unproven either way, that the Manchester United squad have found their new training regime so taxing that they’re leaving it all on the training ground at Carrington, erm, the AON Training Complex, which may in part explain some of the late come-backs mounted by the likes of Southampton and Cardiff as tired Red Devils (eg Pat Evra again) slackly let opponents score in the dying minutes of matches.

Perhaps one of the great unanswered questions is to what extent Moyes erred by sacking experienced coaches like Phelan, Meulensteen and Steele, who were liked and trusted by the United squad, and replacing them with Messrs Round, Lumsden, Woods and Neville.  There have been widely reported, albeit again unsubstantiated, rumours that Robin van Persie, the perfectionist Dutchman who clearly adored working with Meulensteen, has been unhappy with the effect of the new training regimen on his finely-tuned body. One wonders how relatively unsuccessful (in trophy terms at least) coaches like Round and Lumsden find the words to either motivate or chastise serial winners like Vidic and Carrick, particularly when times are tough. Starting out a conversation with words like “when I was at Preston…” might not be the best approach?

Then there’s the effect of Moyes’ own sometimes bizarre public pronouncements. During his initial tenure at Old Trafford, Moyes would faintly praise players like Hernandez and Kagawa by saying “they tell me he’s pretty good” – who was telling him this, the coaches he’d sacked? Given Moyes is well-known for personally leading senior training, couldn’t he observe their quality himself? Then there was the over-use of words like “try” and “hope”. While we all have our own verbal tics and habits, it was noticeable that Manchester United had gone from being led by a man for whom “there’s no question about it” to one who would “hope to try to hope”. While it’s unlikely that any United senior player paid any attention whatsoever to Moyes’ press conferences (apart from Rooney and his agent, apparently), it did leave many of us wondering to what extent his private vocabulary in the dressing room giving half-time talks mirrored his public vocabulary to the press pack.

But however much some Reds might seek to understand the relative contribution of Moyes and his coaching staff to the degradation in Manchester United’s performances, there is another group of Reds for whom any such inquiry is irrelevant. These are the true believers, for whom Moyes is “The Chosen One” and “The Moyesiah”. For these Reds, Moyes is not to be questioned – he has the blessing of Sir Alex Ferguson, and in the face of all observable evidence to this group of supporters he is both blameless for shortcomings to date, and ultimately destined to succeed.

For the true believers, the fault lies entirely with the under-performing Manchester United squad (ie the reigning champions), the Glazers for sucking half a billion pounds out of the club, the hapless Ed Woodward who seemingly couldn’t even get the acquisition of Fellaini (with his release clause and all) right, even with Reds who dare to question the club and Moyes, and hence aren’t “backing the team”. The theory goes that no man could’ve succeeded the greatest manager of the modern age without hiccups and bumps in the road – this period of transition was both inevitable and inescapable, or so the argument goes, and if you dare to question the validity of this theory, you’re a fickle doom-monger, and not a true Red.

And most importantly of all, if you dare to wonder whether the manager who scouts players up to FIFTY times, to assure himself of their worth, should be to any extent whatsoever open to scrutiny and criticism himself, based on observable and objective on-pitch criteria, then you are most assuredly wrong.

Given that there is no real possibility of David Moyes leaving the helm of Manchester United Football Club any time in the foreseeable future, and in the face of my own natural scepticism, all I can say is that I hope the true believers are right.