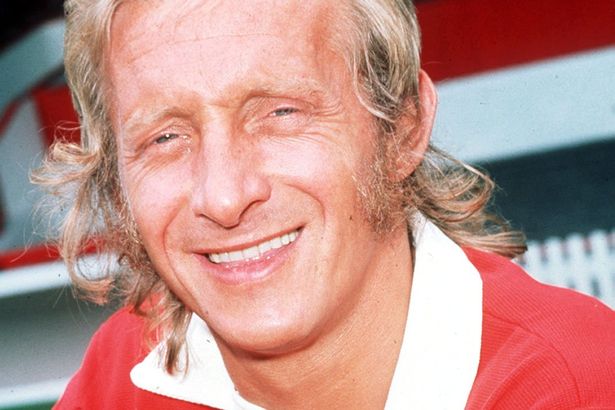 Lethal inside the eighteen-yard box, Denis Law was one of the most successful strikers in the English league from the 1950’s to 1970’s. As he began his career in 1956 with Huddersfield Town, Law, like many others, transitioned his career over to Manchester City. After a brief stint with the Citizens, Law traveled over to Torino, Italy – before landing at his home of Manchester United from 1962-1973.

Son to George Law, the head of a poor family in Aberdeen, Denis Law’s early career was no sunshines and rainbows. Law’s first pair of boots were given to him at 16-years-old, while he reportedly went barefoot until 12.

Law arguably is the finest to ever emerge from the pastures of Scotland. The King of the Stretford End had a spring in his legs – he was a crowd-puller. As thousands exited the gate of Old Trafford, his sublime goals left supporters leaving with a grin from ear to ear.

Twelve years of barefoot walking and running surely take a toll on an individual, especially a youngster growing up in Aberdeen. Law’s feet became hardened – and his football career flourished.

Nicknamed “The King” and referred to as “The Lawman” by the United supporters, during his career he remains the only Scottish player to win the European Footballer of the Year Award in 1964.

While the Scot missed the ’68 European Cup final with injury, he helped the reds to First Division titles in ’65 and ’67.

Law’s quicksilver reflexes around the penalty area left defenders and goalkeepers stranded. With the ability to create space for himself like Lionel Messi, his speed was electrifying.

And unlike some entitled footballers of today, Law worked as a striker. Modern football relies too heavily on a last-ditch tackle from a defender or a superb save from a goalkeeper like David de Gea against Hull City.

When Law lost the ball, he immediately came back and recovered what he’d lost. The spirit within the Manchester United squad during Law’s era was just that – quality players both domestic and abroad willing to run for one another – including the strikers.

Law was “one of the nicest I’ve ever met” according to teammate George Best. Law’s movement both on and off the ball caught the spectators eyes – not his blond locks of hair. The former European Player of the Year was killer inside of the penalty area, but moreover was a dynamic person.

In reality, supporters go to see beautiful football and for the atmosphere. However, when goals are scored it becomes only natural to be drawn to the man doing so. The 67,000 in attendance to a match, spectators would go, take their sons, to be able to turn around and say “I’ve seen Denis Law play” after his career had ended.

Razor sharp reactions and a man held in such high esteem, Denis Law was one dashing individual. In today’s football world, finding players like Law is few and far between. With simply magic skill, I’m left with one question – where is his knighthood?