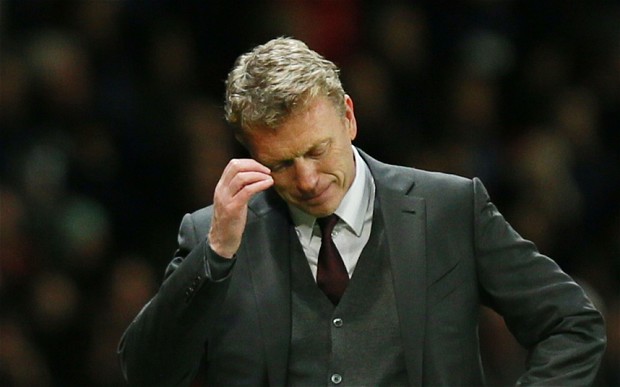 I don’t usually write immediately after a match, particularly a defeat. Emotions are raw and frustrations are amplified. But all of the issues highlighted in the home loss to Spurs have been staring us in the face all season. We can make excuse after excuse, but performances have been unacceptable, transition or not. After six straight wins the question was whether or not we simply hit a streak of games against desperately poor teams and would be found out the moment we played anyone vaguely competent. The answer was yes. We can talk about the relatively positive tempo that we kept up for large parts of the game (which was at least an improvement on the abysmal Newcastle performance), the chances we created, decisions that didn’t go our way, but after a sixth defeat of the season, four of which have been at home, the excuses no longer wash. We have become a predictable football team, the only tactic being to get the ball to a winger who can’t cross, with no imagination, cutting edge or creative quality. It’s all very well dominating possession in the middle of the pitch, winning corner after corner, but if you can’t defend, can’t finish, then you can’t win football matches.

The numbers are stark. In six home and four away games against the other teams in the top half of the Premier League, United have won two, drawn three and lost five. We are in a battle for fourth place with Liverpool, Everton, Newcastle, Tottenham and maybe Southampton. We have played six games against those sides, won none, drawn two and lost three, scoring four goals. Four of those games were at Old Trafford. That is shocking. As unpalatable as it is, we are no better than most of those teams. It is not a sense of entitlement that makes that unacceptable. We are Manchester United, we have the third biggest wage bill at an English football club and 76,000 people watch us in the biggest, most magnificent stadium in the country. The transition argument is bo**cks. When have you seen Real Madrid, Barcelona or Bayern Munich in mid table? What we see now is a perfect storm of incompetence and greed, the result of chronic underinvestment, executive failure and a flawed succession. Blame is shared around. The Glazers have spent 8 years sucking the blood from our club, siphoning off cash as we pay for the privilege of being owned by a family of garden gnomes motivated by nothing but greed. And the genius of Fergie papered over the cracks. But he cannot be absolved from responsibility. He passed on a squad with gaping holes, particularly in midfield, no replacement for Paul Scholes signed. No midfielder signed at all for six years. He knew the score. He’s not blind.

And then there was last summer. The most important period for the club in twenty years. Fergie left, David Gill left, or was pushed depending on who you believe. A yes man, whizz kid marketeer was appointed as his replacement. He could literally sell snow to Eskimos. Unfortunately that’s feck all use to the man suddenly given responsibility for spending it, dealing with the murky world of agents, greed and back stabbing. He talks a great game but the transfer window was a farce. I’m not going to go over it all again. We know it was a joke. We then allowed a living legend to dictate the succession, appointing a manager simply because, as far as I can see, he’s Scottish. The whole thing was sold on the idea of stability. We had this incredible Scot lead us to unimaginable glory, so appointed the next manager based solely on the idea that he’s got a similar accent and will uphold the values that we consider sacred. In addition, no matter how poorly this man does we won’t sack him, because the last bloke was crap for six years. He’ll come good! He’s Manchester United manager! Those foundations are built on sand. A mirage. Fergie was a one off. Look back to Atkinson, Sexton, Docherty, O’Farrell, McGuinness. We tried this succession of stability before. McGuinness survived 87 matches before the club realised that they’d been sold a pup, and Busby found himself back in the hot seat as an emergency stop gap. We didn’t win the title again for 26 years following the retirement of our other managerial legend. Ferguson was a one off. There can be no continuity by appointing someone who appears similar, because sounding the same and being mates doesn’t make the new guy a clone. In reality, unlike his predecessor, Moyes has never won a top level trophy. Fergie had conquered Scotland and Europe with a team assembled for a fraction of the cost of the clubs he overpowered. Stability means appointing someone with a record and level of respect as close as possible to the great man. Moyes has neither. But we will stick with him because we believe that, as if by magic, he’ll morph in to Sir Alex. It’s beyond absurd. Not only did we appoint a manager with no experience of winning, but that man then went and sacked the most influential staff at the club, who had winning in their veins, and replaced them with his chums who have as much experience of winning as he does. I think he’s a good man, who is doing his best, but he is simply not equipped for the challenges he is facing and the immediate aims he was tasked with meeting.

And the players don’t escape criticism. Their form and confidence has slumped. But there is some mitigation. In the summer they lost an idol, gained a man yet to earn the respect of fabulously successful footballers and watched as the club waxed lyrical about the stellar signings they were going to endeavour to make, embarrassed themselves all summer with pathetic bids, desperately sprayed Europe with ‘come and get me’ bullets on deadline day and ended up with a player from Everton, vastly overpriced, who’s own former boss can’t get a tune out of. Fergie spoke about how the signing of Robin Van Persie lifted everyone at the club. They could see and feel the ambition. The summer suggested to them, and us, that that was no longer the case. Pre-season was dire, and yet heads were buried in the sand. It could have been rectified and it wasn’t. And now, with confidence at an all-time low, a new transfer window is opening. The club claim to have ‘no budget’ and that there are funds there for signing top class players. And yet there appears to be no sign of that happening. After the Spurs game Moyes said that if he were to reconsider his decision whether to buy or not on that performance he wouldn’t see the need to invest. What? The implication in that sentence is frightening. Ooh, it’s hard to buy top players in January. Horsesh*t. You might have to pay more, but there are footballers at clubs outside of the elite who could be acquired for the right money, the amount above their true market value a fraction of the £50m+ the club will lose if it fails to qualify for the Champion’s League. Fergie said the aim was to buy players that were better than those already in place, to improve the squad. There are dozens of footballers better than what we have in some positions. We can say to ourselves, “we should only buy the very best players,” until the day we die. The reality is that the club appears totally unable to acquire those players. Do we just retain the current squad indefinitely, settle in to mediocrity out of some sense of entitlement to only purchasing the greatest? It’s an absurd contradiction. I can promise you, if we miss top four, not only will the highest echelons of the world’s players become totally unavailable to us, even if we had the money to buy them, but the last vestiges of greatness that we already have will be climbing over each other to get out of the door. You might think footballers are a bit thick Malcolm, but they can read the headlines about over £70m leaving the club last season to service and refinance the debt. Without action to demonstrate otherwise it will be hard for them to see themselves winning the title or Champion’s League at the club.

But what players we have aren’t doing well enough. Yes, he’s funny and yes, he says all the right things, but Patrice Evra has been appalling this season. Shinji Kagawa continues to be possibly the most anonymous Manchester United player I’ve ever seen. He can play match after match without leaving any trace that he was ever there. Antonio Valencia, our sole attacking outlet, a winger who can’t cross. The squad consists of a few great players, three or four very good players with potential, and a sea of excrement. In many games we are pinning our hopes on a great player who doesn’t want to be at the club and an 18 year old boy. He’s an absurdly talented lad, but how can we be in a situation where he is carrying the hopes of 76,000 people on his shoulders? Call it doom, take the p*ss, but deep down you know I’m right.

“If we hadn’t seen such riches we could live with being poor.” Bo**ocks. Being poor is sh*t.