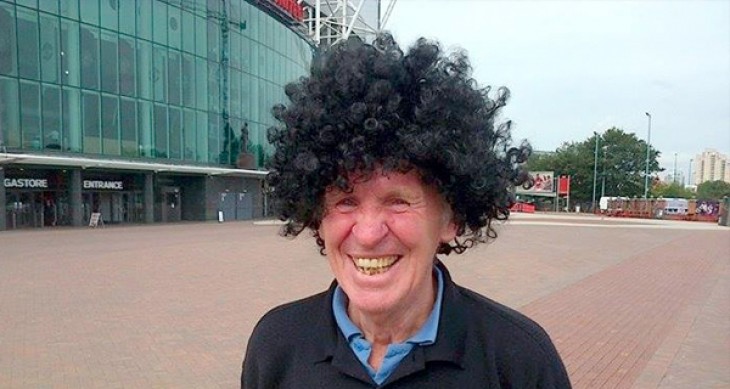 While the 21st century Manchester United supporters may only be aware of Paddy Crerand as an MUTV pundit rather than the 24-year-old distribution master, it comes as no surprise the Scot’s heart continues to skip a beat whenever speaking about the club.

The majority of football fans outside of Old Trafford were only granted images of Crerand in black and white on tele, but those who watched football closely knew he brought colour to the game. With ever-so calculated and inch-perfect passes to Denis Law, Crerand brought the United midfield to life in the 1960’s. Crerand painted a canvas on the pitch, and with the ability to pick a pass he proved to be the engine of Sir Matt Busby’s side.

Joining United at 24, only five years after the Munich air disaster, Crerand joined Busby after serving six years with Celtic. Born in 1939, Crerand enjoyed an illustrious career at Old Trafford having twice won the League, an FA Cup and European Cup.

Along with his 16 caps for Scotland he enjoyed immediate success due to his immense understanding of his role. Crerand’s ability to deliver long service to Law up front and diagonal balls throughout the park quickly turned the United defense into attack.

Crerand understood that talent only took a footballer so far. The now regular on MUTV and supporter of Eric Cantona’s kung-fu kick on Crystal Palace supporter, Matthew Simmons, rationalised football in terms of wit. Without rash challenges and jail spats like Joey Barton, Crerand was and his United squad under Busby were able to frighten the opposition – either remain patient in the tackle, or fear not a menacing challenge to break up play.

In his younger years, Crerand’s eyes pierced into your soul. His grimace and sturdy frame allowed him to flourish in the brute force of the English game. Forward 40 years and his devilish grin and love for United remains constant. He was the first to celebrate Marouane Fellaini’s arrival before the start of the 2013/14 Premier League season, sporting his black afro wig with the cheery grin.

On the pitch, Crerand moved with a purpose as the millions do on the streets of New York City. He arrived in Manchester in search of a breath of fresh air, and whilst was always prepared on the pitch – was always for having a good laugh. United’s number four stunned defensemen with driven balls to the touchline. The midfielder may not have provided the final knockout blow, but he delivered the series of prods and jabs to weaken his opposition.

Crerand fits into today’s football world brilliantly. He enjoyed time and space on the ball and his distribution was as if the ball were on a string. The United attack would begin from his boot and it did not matter whether Crerand drove his defender right, left or to the touchline – he would be sure to find a way. As a lion stalks his prey, Crerand would leave defenders and goalkeepers alike out to parish as Law and the rest of the reds slotted home.

How often did we hear “Crerand to Law” during his time with United? With gentle chops to his left and right, he sent defenders off balance. Along with mesmerising passes, his ability to go to his left or right always left defenders guessing – just as he does in his commentary of modern Manchester United.

A defender of United to the end, Crerand may be deemed bias of United, but is that not expected? After Rio Ferdinand was struck in the face with a coin in the Manchester derby, Crerand came to the rescue. And whilst he looked a bit foolish avidly denying Sir Alex Ferguson’s pending retirement from football, the apparent “load of rubbish” left us all in shock. Crerand was wrong.

The whole nature of Ferguson’s 26-year reign then hit home – Crerand became an average supporter – we were all children in denial.

Although he was quite taken back by Andy Mitten’s horse-bumming question in the fanzine United We Stand, Crerand speaks his mind. As Crerand’s playing days are now behind him, the images of him beer battered alongside Busby remain. Without question, the phrase coined among United fans “if Crerand plays well, United play well” was quite the subtle indication as to how much the Scot meant to the club.

Whether it be pre-season tours in Australia or Asia, or the heart of the Premier League season, Crerand mutters under his breath urging the United players onwards. Whether his mic is meant to be on or not, Crerand does not have a care for the world – he is doing what he loves.

Crerand once said the only way to stop Cristiano Ronaldo was to kick him in the tunnel before the match. The only way to stop Crerand himself is well, to take away the mic away from his mouth – which cannot be done. Love him or hate him, he’s a man you could sit with all day long and take in his immense football knowledge. He provides the important bridge between former players and the current makeup of Manchester United.

Crerand provides the spark for the younger generations to love football for all it’s worth. The good, bad, and ugly of Manchester United. This man optimises what it takes to carry football knowledge to its highest mountains, on and off the pitch.

One response to “Remember, Paddy Crerand?”