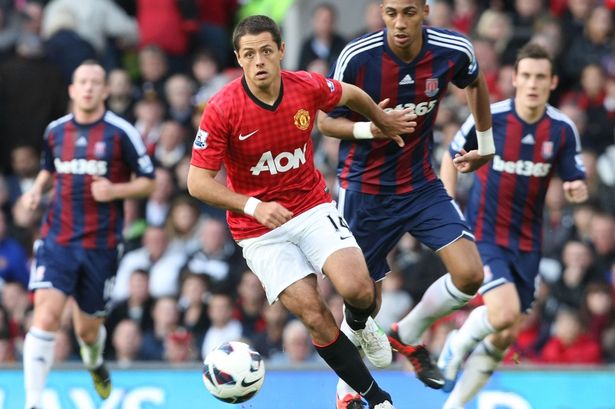 If David Moyes’ side weren’t under enough pressure, it has been over 20 years since Stoke City last beat Manchester United. The Scot will be hoping to see a third consecutive win when they travel to the Britannia Stadium tonight.

The quarter-finals of the Capital One Cup. Last night saw Manchester City and Sunderland qualify for the new round, so a win tonight could see us up against either in the semis.

In previous seasons a lot of us would have put out noses up arrogantly at the idea of going out with the ambition to win what some call a ‘Micky Mouse’ competition. However, I feel it’s important under a new manager and staff that we get back to winning ways – it would not be a bad place to start.

Stoke won the League Cup back in 1972 when they claimed a 2-1 victory over Chelsea at Wembley Stadium. Jimmy Greenhoff, who joined United four years later, started the game in midfield. Stoke had knocked us out in the fourth round after two replays.

This season United have seen off challenges from Liverpool and Norwich City to make it this far and go into the game tonight confident of going through at the expense of Mark Hughes’s side.

Stoke go into the game on the back of two draws and a win in the league, with 0-0 stalemates against Cardiff City and Hull City before a superb 3-2 triumph over Chelsea.