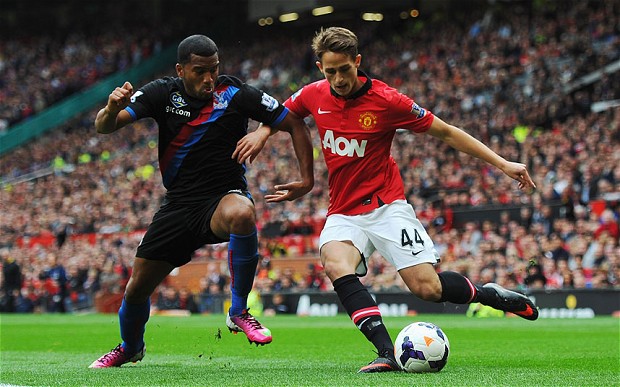 Adnan Januzaj does not lack confidence. Although he appears to be the shy type in the spotlight, he does his talking on the pitch and is similarly bullish in interview.

He (Moyes) will win trophies. Don’t forget it is a new coach, he is a good coach, all the players are ready to work hard as well and everything will come.  You have to give it time.

Januzaj has been a breath of fresh air since announcing himself with two goals on his full debut at Sunderland. He looks fearless with the ball at his feet, not hindered by history. This vibrancy will hopefully rub off on the rest of the players, after all they are the existing champions. If little Adnan at only 18 years old can do it, shouldn’t the so-called elder statesmen be following suit?

Whilst scintillating and refreshing as it is to see Adnan take games by the scruff of the neck, it is worrying that much of our good attacking play has fallen on his shoulders, it is a lot of responsibility at such a tender age. He, alongside Wayne Rooney, has been our shining light in a difficult season. Teams are starting to realise his potency and threat, Villa resorted to kicking lumps out of him, something which isn’t nice to see and could destroy inferior minds and spirits. Januzaj just seems to take the hits and respond in the right way, something which is just as impressive as how he holds himself in interview.

I am happy here. When I moved to Manchester, I wanted to play with the first team. Now I want to stay here for a long time. You always have to keep going and work hard if you want to be even better. My parents always told me to keep my feet on the ground, keep working and, if you can, try to be the best player in the world.

I think the boss gave me the chance because he’s known for giving a chance to young players. He’s a top manager and knows exactly what he is doing with the players and everything else.

Janzuaj is convinced he will win silverware at United, what is good to see is he has that winning mentality even at 18 years old. He also spoke about the signing of a new 5 year deal, something he only wanted to do:

My first opinion was to sign for Manchester United – that was my first choice. Now I’ve signed for them and I’m happy here. If I could play all my life at Manchester United, I would do it for the club.

Winning trophies is the only thing I want and to try to be the best player.

As if he was not loved already by our fans, he has only strengthened that rapport by saying that he would love to end his career with United. Having seen Cristiano Ronaldo become a United hero, and still playing with Ryan Giggs, Januzaj knows he is at the right club and under the right manager to become another wing hero.

Ryan is a legend, totally unbelievable. If I don’t know what to do on the pitch, I just go to Ryan and ask him what I need to improve on. He helps me a lot – and he can still carry on for a bit yet. He is 40 but I think he could play for another five years.

There are not many better players to learn from than the man who has won everything and still possesses the hunger even at 40.

Things are looking rosy for Adnan Januzaj presently, meaning we will be in for some exciting times with him playing a major part in the now and later.