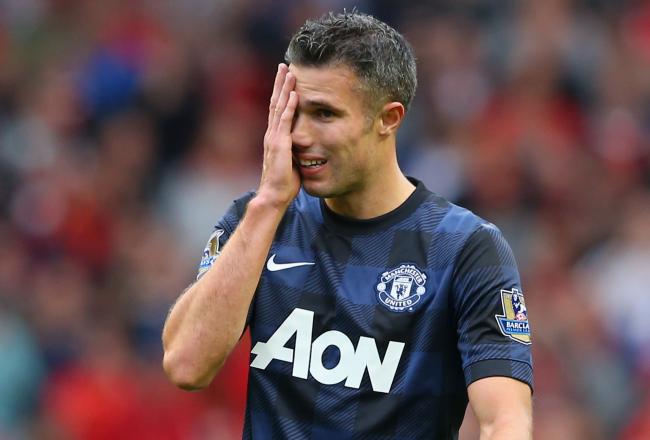 Manchester United will now be without Robin van Persie for the hectic Christmas period since the striker has been ruled out of action for up to a month.

Speaking at his press conference today, David Moyes told reporters about a thigh injury the Dutch international had picked up while taking a corner.

“Robin van Persie is out as well for a month. He picked up a thigh strain taking a corner kick which led to a goal.”

This is the last thing Moyes needed as his side is struggling in front of goal. However, there has been whispers from Old Trafford that the training is a bit much and some players are being ‘over-trained’.

Van Persie pretty much had an injury-free season under Sir Alex Ferguson.