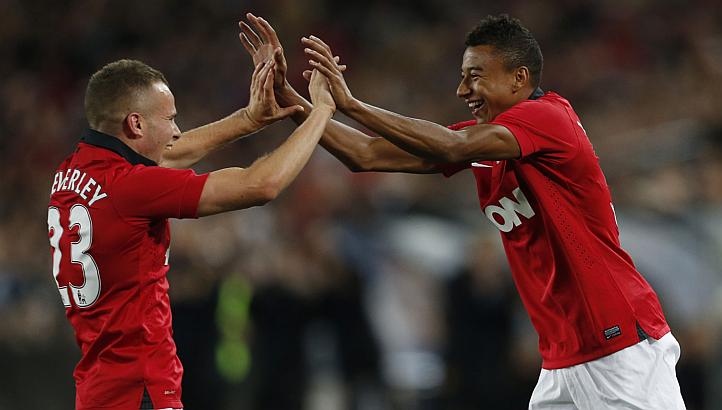 Tom Cleverley receives his fair share of criticism. The England international gets a hard time whether it’s for under-performing, people expecting too much or just him being a bit of a primadona with the whole brand promoting.

Personally, I think he’s a very good footballer that is gradually developing. From a fans’ point of view patience is needed but that’s usually the case when players break through from the youth system. They rarely come out and walk into the first team being world beaters. You’re living in an ideal world if that’s how you think it works.

Cleverley spoke to the Mirror a week after Paul Scholes said he felt that the 24-year-old Manchester United midfielder had improved and it looks like it’s already sparked a reaction from the player.

It’s always nice to play for United and England because both of the squads are so strong. But at the moment I feel like I’ve got more to give. I’ve had a few average games, a few more than I would prefer.

I felt this time last year was when I hit my best form of the season, when we were playing every few days. I’m the type of player who prefers that and if I can get into a rhythm, then hopefully I can add more than just appearances to my record, I can also add some stand-out performances.

I felt Chelsea at home, defensively and tactically, was a mature performance and I thought I was having a really good game at Fulham before a bang on the head gave me double vision and I had to come off. I’d pick those two, and the really good team performance at Swansea on the opening day, as my best so far.

Up until Cleverley was introduced as a substitution against Shakhtar Donetsk, on Tuesday night, United were seriously struggling through the centre. He came on and all of a sudden we looked settled. If this can remain and Cleverley shows consistency, he can be a fantastic midfielder with a real passing dynamic which is something most of our players don’t see to have.

It’s about time we get behind Cleverley, but more importantly he needs to take every opportunity he gets instead of doing is every so often.

Consistency is something that lets a lot of our players down.