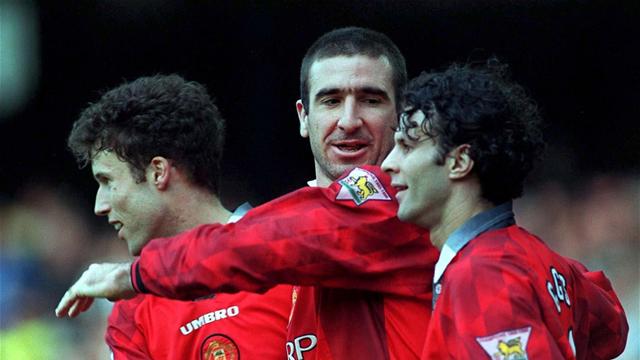 I have considered myself unlucky for a while. Being the younger of two brothers had not only seen me demoted to goalkeeper in the garden kickabouts that took place daily at our house, but my Old Trafford supporter debut had been stalled by the presence of my elder brother.

I still get jealous now that he was able to enjoy the Stretford End as a terrace and get annoyed by his stories of only really being able to see Jesper Olsen taking a corner a few feet away from him as he peered through the terrace fence. That jealousy doesn’t detract from my own initial experience of Old Trafford however, and even though there are those who I’m sure had to wait a lot longer than me to enjoy United in the flesh for the first time, my first trip at eight years-old felt like I’d been waiting for decades.

Because my brother had gained ‘first dibs’ on the other season ticket my Dad had, I’d been forced to wait my turn. When he had an important Saturday junior match which forced him to miss a game in December 1992, I had my chance.

United had been struggling through the early part of the inaugural Premier League season. A lack of goals, injuries to Bryan Robson and Lee Sharpe had curtailed their bid to go one better than the previous year’s runner-up place. The tide was turning though, and the introduction of an enigmatic Frenchman had reignited a potential title push.

My first game at Old Trafford was on the 12th December, 1992. The opposition on the day were Norwich City. Eric Cantona made his first start for United as the high flying Canaries visited Manchester. To look back at those three previous sentences makes my spine tingle. I can’t help now but think to myself – “you lucky bastard.”

Football, like United and in particular Old Trafford, was changing. There would be no opportunity to share the experiences my brother had of standing huddled together with the other match going kids at the bottom of the Stretford End. Instead, with work ongoing to turn the Stretford End into an all-seater stand, we were relocated to the opposite corner of the ground where the away supporters are situated during today’s fixtures.

I felt sick with nerves. A defeat and we’d be trailing Norwich further but more embarrassingly, I’d have to go home and face my brother and the ‘jinx’ jibes that would follow my every move around the house. The ground may have not been at full capacity with just the three and a bit stands (they’d inserted the first few rows of the Stretford End for the City game the previous fixture) but I still felt a buzz around the crowd. It wasn’t the red-hot atmosphere that I’d been promised but to me the thrill was seeing the team in the flesh. My idol was Paul Ince and to see him charging around the pitch was a bigger draw for me than the thought of a rocking Theatre of Dreams.

The game was cagey, from what I can remember, with chances at a premium. McClair had gone close in the first half but other than that I can’t remember many other opportunities for either side. At the start of the second half, the crowd began to get nervous. This was a big game for United who had beaten Arsenal and Manchester City and were now faced with a Norwich team playing full of confidence and with Mark Robins banging in the goals. The hushed tension was broken by a supporter a few rows to my left standing to ask “where the fuck’s the atmosphere at United?!” showing that over two decades ago the atmosphere wasn’t always great.

As the floodlights started to beam down onto the pitch, United seized on a rare mistake by the Norwich defence and Mark Hughes chested an attempted clearance and lashed the ball passed Gunn in goal. That moment was when I realised that the buzz of a United goal will never be as good when watching the reds anywhere else other than at the ground in which they’re playing. It was bedlam and Hughes made an eight year-olds first ever matchday experience all the more special by running to the corner in which he was sitting (or at that point, jumping like a lunatic) with his arms raised in celebration. Nice one Sparky!

From there United needed to close the game out and did so without alarm defensively. That game was the first time the eleven starters were: Schmeichel, Parker, Bruce, Pallister, Irwin, Sharpe, Ince, McClair, Giggs, Hughes, Cantona. That team would go on to end the clubs 26-year wait for a league title. I even managed to remember to make a mental note of the attendance for my brother’s wall planner in his room. Had I not, I doubt I’d have been allowed to go again, such was the importance of that (stupid fucking) wall planner.

You never forget your first game. What you do forget is how quickly the time goes. You look back and shake your head at the dates. Where has the last 21 years gone? How the hell is Giggs still playing!?

It makes me think back to what I said earlier. I am an incredibly lucky bastard. I’ve been able to enjoy the greatest period of success that Manchester United has ever had and on most occasions been there to witness it in person. I wish I was luckier, however greedy that may sound, and that I’d been able to see more. I’ve been able to enjoy the greatest players at the peak of their powers and seen history unfold right in front of my eyes. I know why people may look at my twitter timeline and call me spoilt because I have been. My hatred for United losing will probably never fade and even though it is something I may have to see a little more of now, it doesn’t make me want to watch United any less.

Watching the club you love win trophies is brilliant but simply watching the club you love should never be diminished. It is loving the club that will drag you back to watch them again and again. It will provide both escape and enjoyment in equal measure at times; then ruin you with rage and irrationality at others. In both triumph and torment, that love should always be constant once United has gripped you. It had gripped me before Hughes’ winner against Norwich and was only tightened by the experience of that day.

Love them, hate them, never leave them. Manchester United, here’s to the next 21 years and hopefully many more after that.