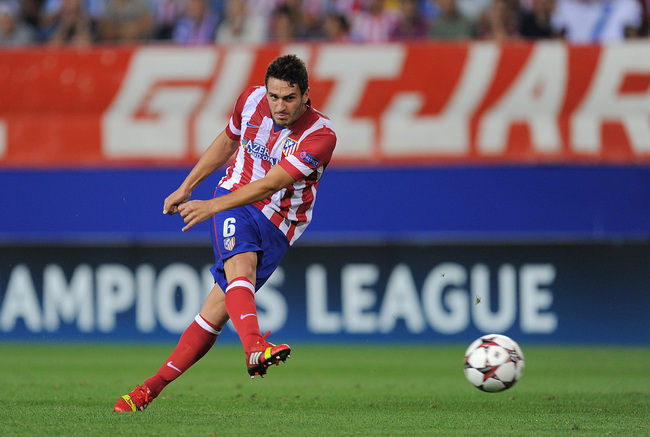 Atletico Madrid midfielder, Koke has rubbished interest from Manchester United after manager David Moyes was seen at the Vicente Calderon and was believed to have been scoring the Spanish international in their 2-0 Champions League win over FC Porto on Wednesday evening.

It’s no secret that Moyes has been searching for a midfielder, after failing to sign one this summer, but Koke isn’t worried about the presence of the Scottish boss and has expressed that he has no interest in leaving the club.

In an interview with Canal+ following the match, Koke insisted that he had know knowledge that Moyes attended the match and immediately played down the rumours.

“I didn’t know [Moyes] was here. I’m not worried, I renewed by contract this summer.”

However, Atletico Madrid sporting director, Caminero doesn’t buy into the speculation and told Canal+ after the match that he believes Moyes was on a scouting trip ahead of the Champions League draw as the two sides may be paired against each other.

“I guess David Moyes wanted to come and see a Champions League team like ours.  They advanced to the next round as well. We spoke, but he didn’t tell me precisley what he was there to see.”

Koke is believed to have a release clause of €24 million, which Manchester United are fully capable of activing, but would have a hard time prying Koke away from the Vicente Calderon.