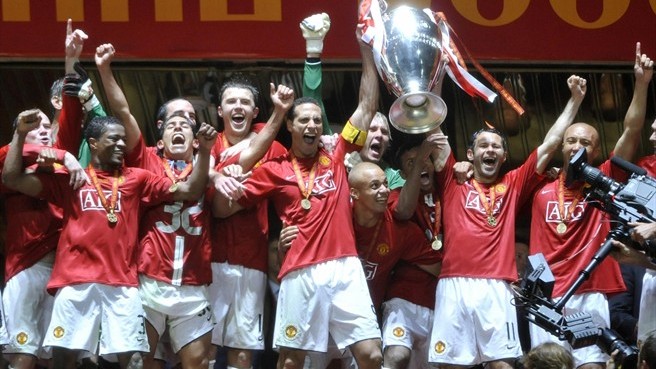 Manchester United are one of four English sides that have successfully qualified for the knockout stages of the Champions League. Tonight saw the conclusion of the group stages with Arsenal and Chelsea following United and City into the last 16 of the competition.

While David Moyes took charge in the European Cup for the first time of his managerial career, United picked up 14 points out of a possible 18. Their inner city rivals finished runners up in Group D behind last season’s champions Bayern Munich. The London clubs didn’t do too shabby either – Arsenal finished runners up behind Borussia Dortmund whilst Chelsea, on the other hand, secured top spot.

The draw for the first knockout stages of this year’s Champions League will be made on Monday December 16 in Nyon, Switzerland. Manchester United’s last 16 potential opponents are as follows: Galatasaray, Olympiakos, Schalke, Zenit Petersburg, AC Milan.

Out of that list there’s not many teams I would be fearful of facing. None actually, not even AC Milan. They’re having problems of their own in the Serie A and Massimiliano Allegri is under a bit of pressure. And depending on who becomes available in January, Moyes might have a few additions that are not cup tied.

Preferably, we would be drawn against Russian side Zenit Petersburg. With just six points they qualified for the knockout stages at the expense of FC Porto. Although a trip to Olympiakos would be nice, and I highly doubt Roy Carroll would be keeping any clean sheets.

Either way, two legs will be played on February 18 2014, with more fixtures being carried out the following night. The other matches will then be played the next week, on February 25 or 26. Return legs will also be spread out across two weeks.

Bayern Munich are 5/2 favourites to retain the Champions League. Lets not get started on our odds.