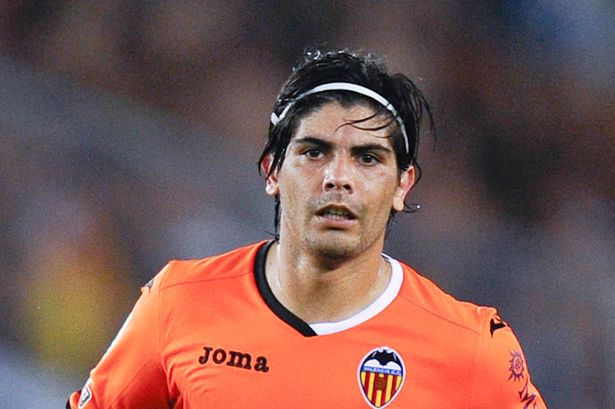 Valencia midfielder Ever Banega continues to draw interest from European clubs with Manchester United reportedly the most interested in the Argentine international.

Ever Banega has had to step up his performances for Valencia this season after the departure of Roberto Soldado, and with his incredible form has come heavy interest from several clubs across Europe.

Last week several rumors began linking the 25-year-old with a move to Manchester United who are in pursuit of a new midfielder, but they are not the only club in England that is said to be tracking the Argentine.

According to reports in Spain, Tottenham has also begun to show interest in Banega and could rival Manchester United for the midfielder in the upcoming transfer window.

Valencia are unwilling to part with Banega who has been the club’s most important player this season, however if a large offer comes in for the 25-year-old they may be forced to listen with debt a major problem for the Spanish outfit.

Banega has featured in 15 matches this season scoring one goal and giving three assists.