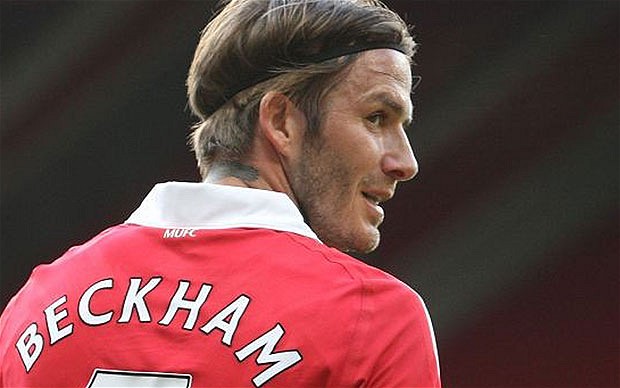 It’s no secret that David Beckham has a few bob stashed away in the bank. He may have retired after 21 years on the footy pitch, but that certainly hasn’t hindered his earning power. Forbes magazine placed him at No19 on their 2013 rich list, netting a cool £29 million in the last financial year. So what do you when you have that kind of money flooding in from endless endorsements? Spend it of course. Let’s take a look at some of the luxury homes and cars the record breaking superstar has splashed out on.

The Beckhams latest £30m property in upmarket Kensington boasts all the basics you’d expect. When you’re a Beckham, this includes a luxury spa and gym, four nail bars (because one just isn’t enough for Posh) a catwalk, waterfall and a secret tunnel which runs underneath a 100ft oriental garden.

The pair sold their custom made Hertfordshire property for a paltry £10m – mere pocket change to them. Dubbed ‘Beckingham Palace’, it had its own heli-pad, indoor and outdoor swimming pools, tennis courts and a gym. Thankfully Victoria didn’t seem to make much use of the on-site recording studio; perhaps the vocoder didn’t work properly. What a shame.

With nearby neighbours including Tom Cruise and Jay Leno, the couple’s Italian villa style property in Beverly Hills sprawls across 13,000 square feet with six bedrooms and nice bathrooms.

In 2009, they acquired a luxury apartment in the world’s tallest building, the Burj Khalifa. Just because they can, they also splashed out on a second Dubai home at the palm-shaped manmade island of Palm Jumeirah.

In 2011, Becks treated himself to a beautiful, silver Chevrolet Camaro performance car which set him back a mere £33,622. This news came not long after he sold his Porsche on E-Bay for £91,698. This guy makes us sick, not that we’re slightly jealous of course.

Ever fancied yourself behind the wheel of a Rolls-Royce Phantom? Well they don’t come cheap; just take a look at some of the bad boys featured on Autoweb. Despite buying one in 2008 for £350,000 plus thousands more customising it, with tinted, blacked out windows to keep away those prying paparazzi eyes, he sold it in 2012 for £250,000.

You can say what you like about Mr Beckham, but tight he is not. Earlier this year, he treated both his mum and mother in law to a pair of £30,000 Audi Q3s. Talk about getting yourself into the in-laws’ good books, most would be lucky to get some perfume from Boots. Amazing how the other half live hey? Becks, we salute you.