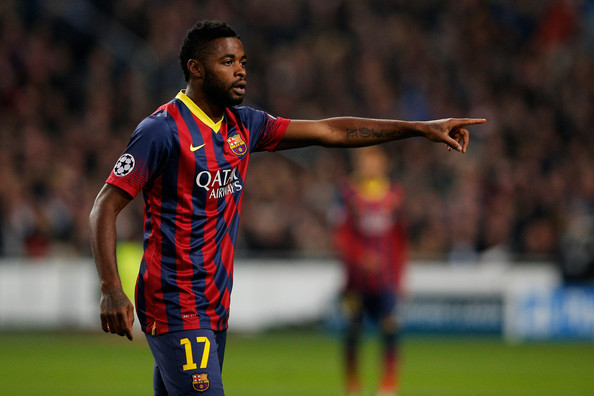 Song has struggled to cement himself a regular place in Barcelona’s starting eleven, which has lead reports from Sky Italia to claim that former Liverpool boss Rafa Benítez, is set to make another raid on La Liga in the January transfer window.

The Italian broadcaster believes that Benítez will try to lure the former Arsenal player to Napoli, with guarantees of regular first team football and an important role in the squad, as they chase the Serie A title.

Meanwhile, the same reports also point to David Moyes being keen on making a move for Song, to add more solidity to his midfield, with the Old Trafford club apparently targeting a number of options, having missed out on several key targets during the summer.

The difficulty for Alex Song, since his £15 million move from Arsenal to Barcelona in August 2012, has been trying to dislodge Sergio Busquets from the side. Whilst the Cameroon international made 34 appearances in all competitions last season, including La Liga, Copa del Rey and the Champions League, so far this season under Tata Martino, he’s made 11 appearances, but only six starts.

What remains to be seen, is if Song would be tempted enough by offers from Napoli and Manchester United, or prefer to remain at Barcelona and continue fighting for his place. As yet, the player has shown no signs that he’s unsettled at the Camp Nou.

Would you take Song at United?