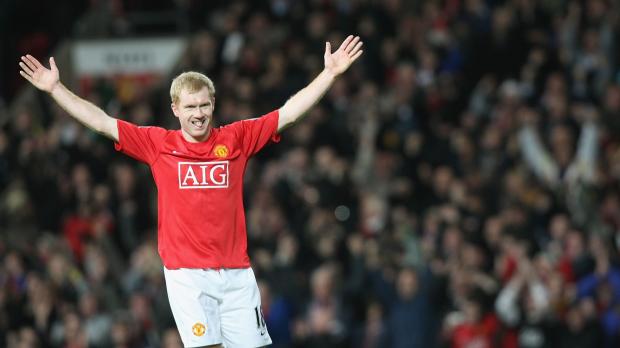 It is somewhat debatable as to how many times Heavyweight Boxing great Larry Holmes has come out of retirement. His first comeback was to be fed into the meat grinder known as the young Mike Tyson back in 1988 in which he was knocked down three times in round four before the fight was stopped. He then came back again 3 years later for another run which saw him eventually recapture the world title in 1995 from Oliver McCall after a near miss three years previous against Evander Holyfield. In the end The Easton Assassin didn’t eventually retire until 2002, a full 29 years after his professional career began, at the age of 53. Although he still managed to defeat famed tub of lard and cue ball, Eric “Butterbean” Esch despite his advanced years and being a tad shop-worn.

At this point you’re probably wondering why on a football blog I’ve decided to drift off down Boxing Memory Lane and Sweet Science Boulevard via the career of boxing hall-of-famer Larry Holmes. Well if you are, you bloody shouldn’t be! Read the title you idiot.

The point of this blatant attempt to pad out an otherwise sparse column with an extra two paragraphs is that I wouldn’t be that surprised to see the crown prince of gingers making a second comeback soon enough. Considering the current state of the Manchester United midfield, having Bobby Charlton and Bryan Robson lacing up their boots wouldn’t seem a completely ludicrous idea.

You always know when things are bad when something becomes a running joke even amongst your own fans but that is what Manchester United’s midfield has become. Outside of Carrick’s metronomic consistency and Phil Jones feeling his way along into becoming North Lancashire’s answer to Ronald Koeman (start practicing those free kicks Phil) the United midfield is a collection championship grade chumps.

Anderson – The Could-have-been King (judging by his size I would say that King is the late, gout ridden Henry VIII.)

Cleverley – A never was.

Giggs – Magnificent the once in a long while his 40 year old body allows.

Fletcher – The deathly ill forgotten man from the pages of a Charles Dickens novel.

Of course we did spend 27.5 million on a central midfielder to solve this problem and I’ll say it right now, I backed the Fellaini purchase, I thought it made sense. However, I admit it I was wro… I was wron…. I may not have been entirely correct in my assessment of that particular piece of business. The man has looked, slow, cumbersome, leaden footed and utterly incapable of passing in anything resembling a forward direction.

Thus without Carrick United’s midfield struggled at the home of legal anti-Semitism on Sunday afternoon. Tom Cleverley did his usual trick of thinking he is Iniesta but impersonating the band who opened up for Nirvana in 1992, by being entirely forgettable and the talented but still very green Phil Jones was left to try and stem the tide of Paulinho, Sandro and Dembele single handed and ended up committing several careless fouls.

Jones’ youthful recklessness means United will now have to play against a very talented and slick Everton midfield, coached by possession play advocate Roberto Martinez, with two of Fellaini, Anderson, Cleverley or Giggs. Giggs may have been excellent in Leverkusen, having had his aging legs rested and being afforded acres of space from a team suffering with tactical memory loss but it will be extremely difficult against Everton especially with dead weight in there with him. As for the merits of the other three; no I can’t think of those either.

In the grand scheme of things however, the Fellaini purchase showed that Moyes is at least trying to address the issue and if given the time to rebuild will hopefully be able to offer up a midfield worthy of being called Manchester United. If not, forget Larry Holmes, Scholes will be flirting with the idea of retirement more often than Michael Jordan.

Still on the bright side, we do have Danny Welbeck, he’s well good, runs round loads and everything…