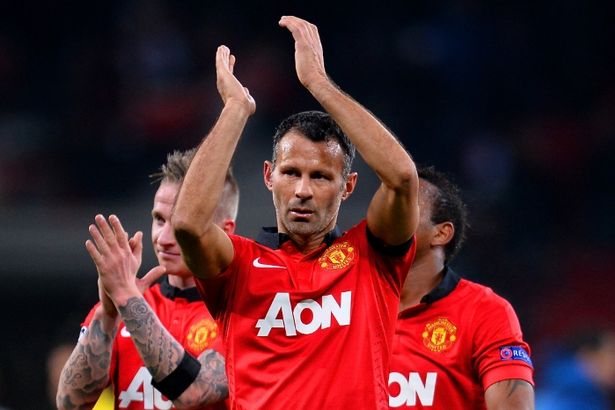 Wayne Rooney admitted that he won’t play as long as Ryan Giggs after the Welshman performed superbly against Bayer Leverkusen ahead of his 40th birthday.

Giggs could may well be preparing for his 954th appearance for Manchester United against Tottenham Hotspur on Sunday at White Heart Lane. On Wednesday night he ran the show in Germany against current Bundesliga runners-up Leverkusen with a passing percentage of 92% (57/62).

“I’ve run out of things to say about Ryan. Actually, during the game, the Bayer centre-half was asking how he is still playing at that age. I certainly won’t be playing at that age, that’s for sure. His composure on the ball is great.”

The England international, who wanted a move elsewhere in the summer, is in the form of his career. Rooney made four assists last night playing as the lone striker ahead of Shinji Kagawa.

The win over Bayer Leverkusen secured our place in the last sixteen. A draw against Shakhtar Donetsk will ensure top spot in Group A.