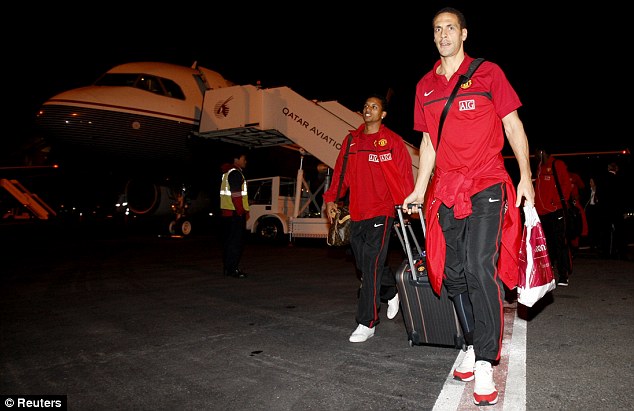 Manchester United were involved in a mid-air plane scare in Germany as they came in to land in Cologne.

Monarch Airbus 321 plane was seconds away from touchdown when they had no other choice but to abort the landing.

The aircraft, carrying players and back room staff, was 400 metres from the runway when the pilot was alerted to another plane on the ground and had to promptly abandon the descent and rise all of a sudden.

The aircraft had to circle around before landing safely on the strip at the German airport ten minutes late. Rio Ferdinand took it to Twitter shortly after: “Landed in Germany….just…I’ve only just recovered after that choppy landing.”

Landed in Germany….just….I’ve only just recovered after that choppy landing! #TouchedCloth !! #mufc