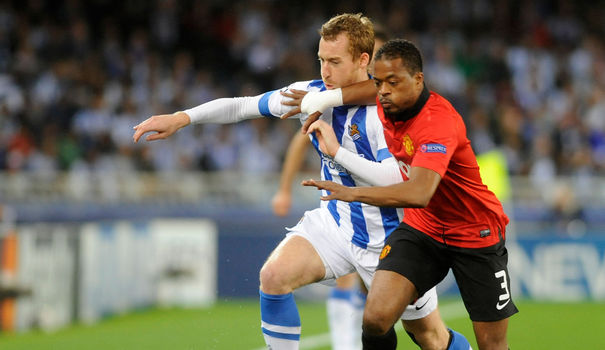 Denis Irwin claims Patrice Evra has given David Moyes a headache ahead of the transfer window in January.

Manchester United failed to land Everton left back Leighton Baines during the summer, and were expected to make another offer for the 28-year-old when the transfer window re-opens in the New Year.

Irwin, however, who won seven Premier League trophies at United as a left back, claims Evra has been one of the best players for the club this season and believes his form could make Moyes reconsider his search for a new full back.

“Patrice has been at the club a long time and, in recent seasons, he’s started scoring goals,” he told talkSPORT. “When you’re in that position and you get a little bit older there’s always some whippersnapper at the club trying to get your position. Or, because of the nature of the job, a player from another club will be linked to your position.

“You have to get on with it and deal with it. Leighton Baines was linked with the club, along with Luke Shaw at Southampton, who looks a really good player.

“When Moyes came in last summer there were always going to be assumptions becasuse he knows Baines’ game.

“Evra has responded very well though and he’s been one of Manchester United’s better players this year.”