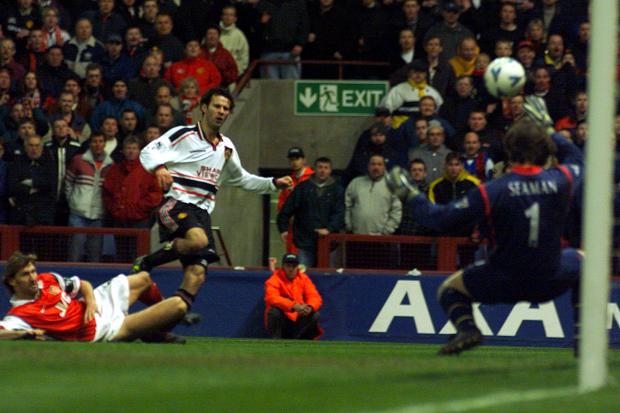 Ryan Giggs believes that Arsenal deserve to be top of the Premier League table but insists Manchester United are not out of the running.

Arsenal moved four points clear on Saturday following a 2-0 win over Southampton at the Emirates Stadium. United drew at Cardiff City, therefore are seven points off the Gunners. Giggs says we’ll still be in the hunt for the title regardless of the disappointing start.

“We’ve got off to a disappointing start,” Giggs told talkSPORT. “The last 10 or so games we haven’t been too bad, but the draw against Cardiff is a game we should be winning, and we didn’t do that.

“It’s a crazy season, everyone seems to be beating each other and it’s really only Arsenal that have showed consistent form, and they’re up there and deservedly so. But we’ve been in so many title chases, and from our experience we know we’ve just got to hang on in there while we’re not playing at our brilliant best, and hopefully the form will come in the turn of the year.

“As long as we’re there or there abouts in January and we get a run together, history shows us that the team that does that will have a great chance of winning the league.”

United are away to Tottenham Hotspur on Sunday.