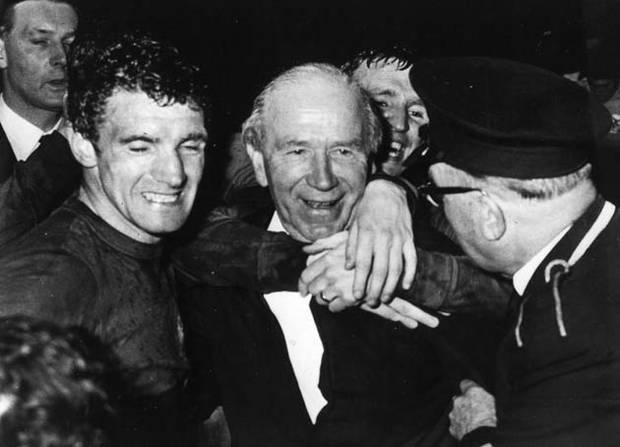 A great six minute video of the 1968 European Cup final between Manchester United and Benfica.

On the day we say goodbye to Bill Foulkes, I watched this to mark one of his greatest achievements a decade after surviving the Munich Air Disaster. United won 4-1 in extra time before claiming the club’s first ever European Cup triumph.