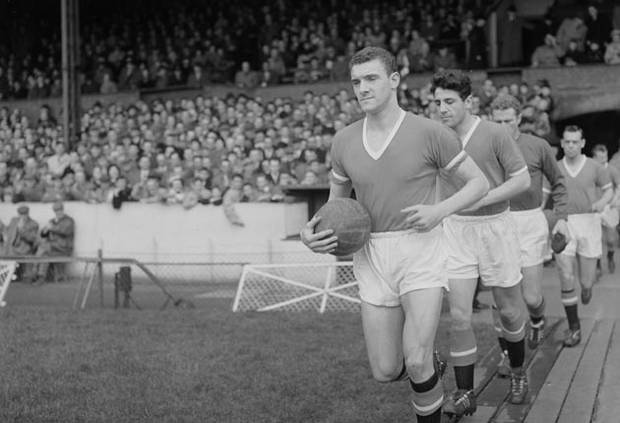 Manchester United legend Bill Foulkes has passed away on Monday morning at the age of 81, the club have confirmed.

We are very sad to report #mufc legend Bill Foulkes passed away, aged 81, in the early hours of Monday morning. pic.twitter.com/58eM1unlek

Foulkes was a one-club man that make 688 appearances for United over the course 19-years. Not only was the centre-back a member of the Busby Babes, he played fourteen days after the Munich Air Disaster against Sheffield Wednesday.

The St Helens born legend won the European Cup a decade after the crash, scoring the goal against Real Madrid which secured Sir Matt Busby’s side a place in the final against Benfica. Foulkes went on to play in the final at Wembley.

Following this sad news, Sir Bobby Charlton and Harry Gregg are the only players who experienced Munich and are still alive now.

May he rest in peace.