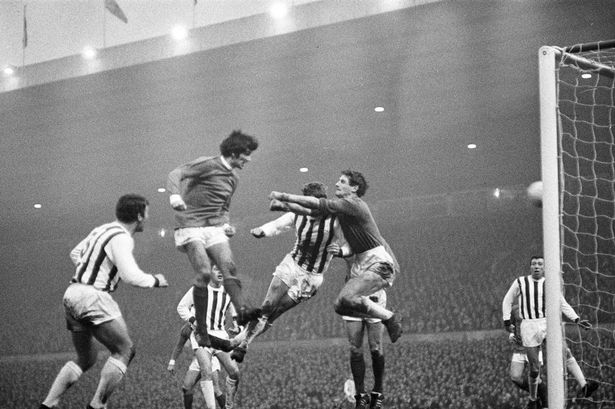 There has been and will continue to be intense debate about who is the greatest ever player to grace the game. The younger generation will revert to the classic Ronaldo vs Messi debate, however the older generation with their greater intake of players and wisdom will give around 4-5 names. Pele, Eusebio, Maradona, Cruyff and the like. However, there is every reason to throw George Best’s name into the frame. He had everything those players did expertly and went the extra mile on the scale of brilliance, Best is arguably THE Best.

He was a showman, a maverick, someone whose philosophy involved entertaining the crowd and being the most aesthetically pleasing player on the pitch. Because that is what a showman does, he plays to the crowd. This was Best’s bread and butter. He could beat opponents with skill and dazzling tricks, or go past them with a burst of devastating speed. He could shoot brilliantly with either foot and out-jump much taller opponents to win the ball in the air. George Best had the confidence and arrogance to try absolutely anything – he knew he was a genius and was not afraid to show it.

Best played at a time where pitches were more akin to war trenches and quagmires in comparison to the lush carpets played on in today’s era. He also had to contend with more aggro and brute force, it’s a fair assumption that there was far less theatrics and dramatics back in the day, Best would get clobbered virtually all game (if the defender could get close) but he just let his football do the talking and responded in the best possible way. Players would try to hack him out of the game but by this time he was used to the underhand tactics of the opposition and rarely let it affect his game. Players these days are better protected, which means they can maximise their ability in a far easier fashion. For me, this puts Best out on top, there was far more leniency back then and referees let a lot go. For Best to flourish in this period must have been incredible to watch.

Best was under intense scrutiny regarding his brash personal life. Famously nicknamed ‘the fifth Beatle’ he was arguably the most famous footballer of his generation, buying into the youth culture of the ‘swinging sixties’. But with that came many pitfalls which ultimately proved to start the end of his United career. It is well documented that he enjoyed a drink (or fifteen) and getting the girls, the next quote is one associated with Best’s lavish lifestyle.

Best has lived more than most of us ever will. On the other hand, it is too simple to forget the plain facts, Best averaged a goal every 3 games for United, and was actually an understated symbol of longevity, he stayed at United for 11 years, something which is not a given in today’s football world. The famous tale of the wayward genius who had it all and supposedly threw it all away, people who say this do not realise that it was this wild self-destructive streak that made him the player he was. Genius and eccentricity are often related when it comes to footballing combinations, a quality that gives that creative spark others do not possess. And, George Best was simply a  genius, a player that took the game to a different level and certainly gave United a new dimension at a time when we desperately needed a renaissance, a level which mere footballing mortals can only gaze up at, in wonder, awe and sheer exhilaration.

The fact Best featured for 16 different teams after he infamously left United gives weight to our belief that the only way is down after United.

However, that does not take away his legendary status at our club, he is a true iconic number 7. Some even go as far to say that he is the best ever.

Eight years since his passing, he will never be forgotten.