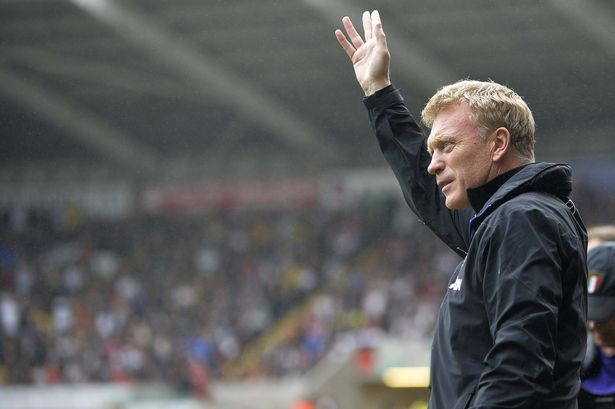 United face their first Premier League visit newly promoted Cardiff on Sunday buoyed by the win over Arsenal last time out yet with a little trepidation over the midfield injury crisis.

It says all you need to know that the loss of just Michael Carrick and Phil Jones (the centre-half) creates a ‘crisis’ in our midfield department. Suddenly there are scout reports written up after every international friendly to scope a replacement in United’s engine room in January (when Carrick would have returned).

The truth is that this has been coming for 18 months. Our over reliance on Carrick has been long stated and will become ever more obvious as he enters his ‘Scholes’ years where his fitness only allows 3 out of every 4 games to be started. Jones is the big miss because his form in that position in front of the back four has been excellent but with Jones desire to hurt everything on a football pitch even if its his team-mates or himself, we’re now left a little short.

There’s no point talking about Fletcher’s return. If he does come back into the first team fold it will most likely come in the League Cup at Stoke and even then, it will probably be as a sub. The international break may have created a problem with Jones’ injury but it’s also given the United ‘old guard’ a chance to recuperate. A decision will need to be made by Moyes over who out of Rio and Vidic gets the nod for the trip to Wales with the other starting in Germany, it seems pairing the two now poses too much of a risk with the partnership effectively ‘retired’ at the Etihad.

Giggs will start. The occasion and the need for his influence in midfield dictates that. Hopefully Rafael will return because United look a different side going forward with him overlapping on the right. The rest of the team picks itself. Feillani will be given his chance to prove his worth and his height could be crucial in defending against a Cardiff side who’s most notable home wins this season have been earned through their attacking of set pieces (City on the opening day and the recent Swansea win). Add to that the fact he misses the trip to Leverkusen anyway and Feillani starts in midfield with Giggs. Januzaj who has had a nice little break since his appearance against Fulham should take his place on the left. You feel Moyes may have used the period from Fulham away to now as an opportunity to get the youngster’s fitness up to a level where he can start (and importantly finish) three games in a week which he’ll need to next week.

A rested Robin will be partnered by Rooney and the right hand side will be filled with the presence of Antonio Valencia. That should be good enough but United have never been ones for making trip to ‘new’ Premier League clubs a formality. Think back to Burnley and Portsmouth and the humblings we endured there. Even our victories have been slight with 1-0 wins at the likes of Swansea, Stoke and Hull (although we’d wrapped up the league before our visit there in ’09). When there has been more than one goal to decide the result, Wigan in ’06 and Blackpool in ’11 have illustrated United’s struggles in fixtures similar to one they face this weekend.

And it’s another ‘massive’ fixture for United. A win on Sunday with rivals facing off against each other elsewhere would be another important step towards the top of the league. Three points in the Welsh capital will also see United head to White Hart Lane the following week on the back of four straight league wins and arguably in a position where a draw could be a good result (although if they lose against City it could be a Spurs side there for the taking and potentially having not scored a league goal in three matches).

Big performances will be needed all round from United on Sunday, not just from our curly haired midfielder. The back four and forward players will need to be on their game against a team who will see United as a massive scalp and capable of causing an upset. The manager too will need to be up to the task of juggling his squad as he navigates trips to Wales, Germany then London before the visit of his old employers. If he and his players perform over the next 10 days he could be welcoming Everton to Old Trafford with his side well and truly back in the title hunt and with Champions League qualification secured; or he could be dreading the visit of his Merseyside successor with United’s title dream fading fast and clinging on for survival in Europe.