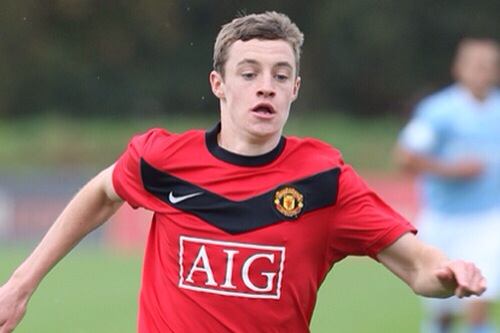 Wigan Athletic’s search for a new striker could soon be over. Owen Coyle, who also has Manchester United’s Nick Powell amongst his ranks, could be about to add another United youngster, striker Will Keane.

Keane is tipped for a bright future, he was on the verge of challenging the likes of Rooney, Berbatov and Hernandez when he suffered a horrendous knee injury which has blighted his progress. He has just made his first-team debut on New Year’s Eve in that dreadful home defeat to Blackburn Rovers when he picked up the blow.

He has gone through so much rehab and recently returned to the under 21 fold, looking better and better with each game after getting over initial rustiness.

Coyle has a proven track record of getting the best out of young talent and see them reach their potential. Whilst he was at Bolton, Jack Wilshere and Daniel Sturridge are both fully fledged England internationals and starters for their clubs.

Nick Powell is currently flourishing under Coyle’s tutelage, who is to say that Keane could not follow this trend and perform in similar vein?

If and when the loan deal is done, Keane should see regular action in a bid to prove his fitness to David Moyes and why he was thought of so highly under Sir Alex Ferguson.