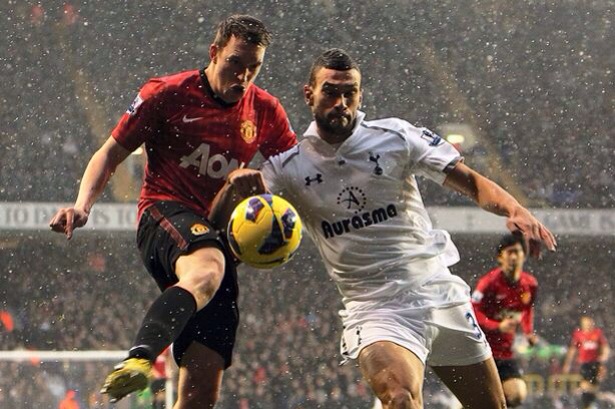 Phil Jones, injured whilst on International duty with England, should recover from his groin injury in time for the crunch game with Tottenham on December 1st.

Jones, who was instrumental in seeing off leaders Arsenal in our last league game, sustained the injury against Chile last Friday and was substituted after an hour.

Jones is almost certainly ruled out of Sunday’s game against Cardiff and the trip to Bayer Leverkusen in midweek.

Jones’ absence has left somewhat of a hole in our midfield, particularly given how well he shackled Arsenal’s creative players and the loss of Michael Carrick, another crucial name on the team-sheet.

Let’s hope Jones gets the R and R needed, as he may well be pressed straight back into action at White Hart Lane. He man-marked Gareth Bale into a peripheral role in the corresponding fixture last season, he might be required under similar circumstances this season too.

A swift recovery is essential.