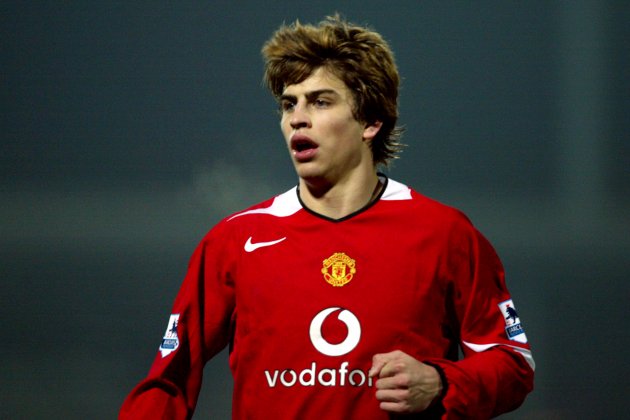 Gerard Pique has admitted that the main reason he left Manchester United for Barcelona was homesickness.

Pique was brought to United when he was just 17-years-old after seeing himself rise through the Barcelona academy.

The Spain international made 26 appearances for United after struggling to hold down a regular spot in the first team. This was of course coming up to the time when Rio Ferdinand and Nemanja Vidic were the finest centre back pairings in Europe. Unless he was willing on being patient, he was never going to cement a place.

Pique eventually returned to the Camp Nou for a fee believed to be worth £5million in the summer window of 2008. Since then he has gone on to become one of the world’s most successful centre-backs, winning no less than 16 trophies with the Catalan club.

The 26-year-old is currently in negotiations over a new contract with Barcelona. In the meantime, he has revealed why he left Old Trafford.

Speaking to Mundo Deportivo, Pique said: “Everything is very well with the club [Barcelona]. Everyone knows that I am a Barcelonista. I tried having an adventure abroad with Manchester, and I can say that there is no place like home.

“I spent four years away, but here I have family and close friends every day.”

One response to “The reason Pique left United”