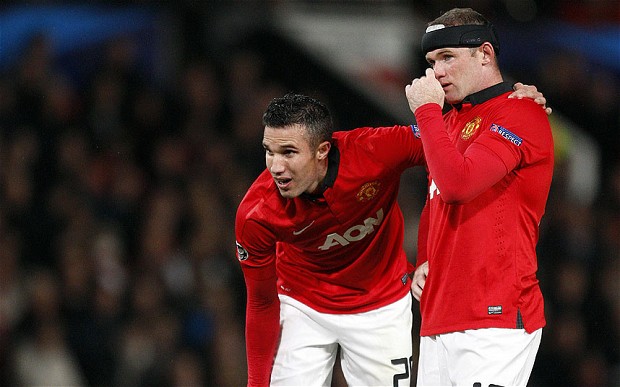 It didn’t look like Wayne Rooney would be partnering up with Robin van Persie this season with all the speculation printed throughout the season. Jose Mourinho was interested in taking the want-away striker to Chelsea and the player never played down the stories.

Even since the new season started, Rooney has been asked time and time again to publicly commit his future to United but he dodges the question every time. There’s under two-years remaining on his contract and he’s playing some of the best football of his career.

Meanwhile, however, Rooney has heaped praise on Dutchman Robin van Persie. The Manchester United duo have been in sensational form in recent weeks, scoring 17 goals so far this season. The England international believes there is more to come from the double act this season.

Speaking to United Review, Rooney said: “I think that’s the main thing for any forward, you’re trying to work together to score and create goals.

“It’s great for the team if myself and Robin can create chances for each other and score goals that are helping us to win matches.

“It’s really enjoyable for us as players to play that way. We’re both creative players and I think that’s why we’re working well.

“We’ve started the season in good form, but we’re always looking to be better on the pitch.”

One response to “Rooney heaps praise on Van Persie”