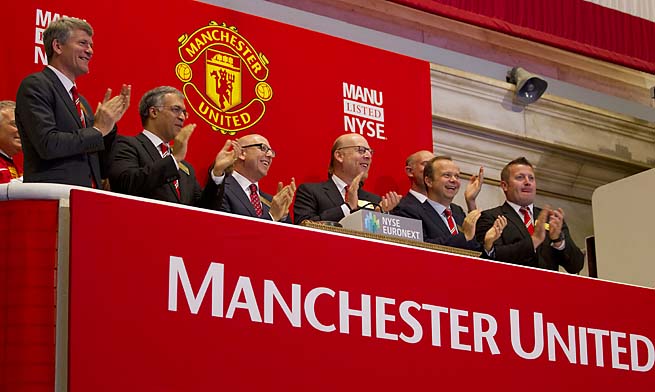 Manchester United highlighted the value of television rights for live games today after broadcast and sponsorship deals pushed quarterly revenues through the roof.

Premier League clubs are benefiting from a battle between pay TV company BSkyB and former state telecoms company BT for supremacy in the specific market.

BT, who have expanded into a market to rival BSkyB, last weekend agreed to pay £900 million for rights to show Champions League and Europa League football for three years from 2015 – more than double what BSkyB and ITV currently pay.

“The value of content is rising. Sport is the must-have content and football is the world’s No. 1 sport,” said Ed Woodward.

Woodward said the new BT deal would be worth upwards of 10 million pounds a season to English clubs playing in the Champions League.

United have also generated revenue of 98.5 million pounds in the three months to September 30, the first quarter of its financial year and a period that included the start of the 2013/14 season. The figure was boosted by new sponsorship deals with Russian airline Aeroflot and U.S. soft drinks company PepsiCo.

United, ran by corrupt Glazer family, reported core profit of £22 million in the quarter, up 36% year on year and ahead of forecasts.

The club is predicting full-year revenue of £420-430 million.

United are positioned fifth in the current Premier League standings but their form have improved since David Moyes first took over as manager. Winning over Arsenal last weekend may give them the boost they need to move on and complete yet another successful season.