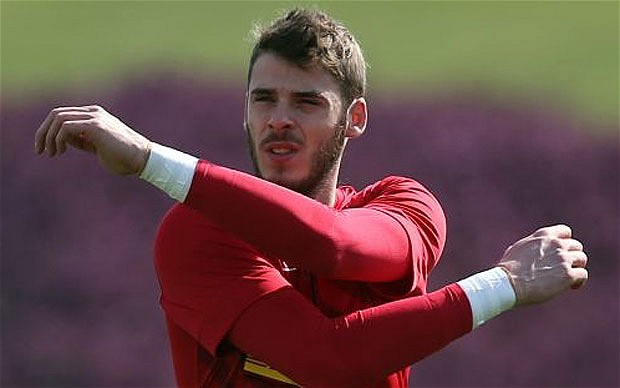 David de Gea featured in the new issue of Inside United where he spoke about his recent form and making his 100th appearance for Manchester United.

De Gea joined United from Atletico Madrid in 2011 and was heavily criticised after a shaky start as he struggled to come to terms with the physicality of the English game. Three years on the 23-year-old Spaniard believes he is in ‘a particularly good moment’ of his career as he closes in on 100 appearances for the champions.

Now on 97 appearances for United, De Gea is regarded as one of the best goalkeepers in the Premier League. Alex Stepney, who played 539 times for Manchester United, holds the record for most appearances between the sticks at Old Trafford.

“One hundred, eh? Wow! I’ll be delighted to reach that figure. It makes me very happy and I want to make it to 200 and then 300 appearances.

“The record is a lot of games. You never know though. At the moment, that figure seems very high but I’ll take it one game at a time.

“I hope to play as many games as I can for Manchester United and, who knows, maybe one day I will reach that number and go even higher.

“I’m very happy with my form. I feel like this is a particularly good moment in my career right now and I hope to continue.”