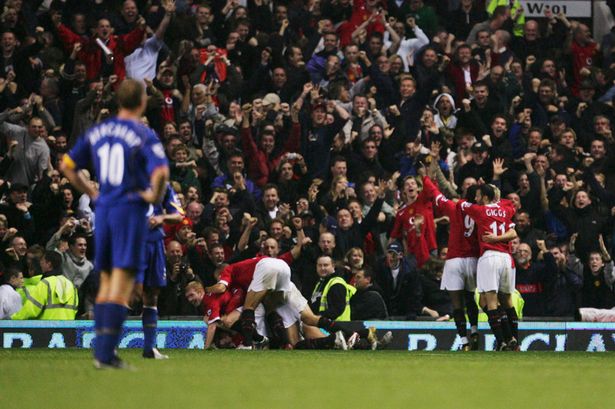 How good was that victory against Arsenal? A stuttering start put to bed by a performance of grit and stubbornness in defence allowing Wayne Rooney to provide the quality to secure the win. Back in the title mix, closing the gap on Arsenal, a red revival potentially on the cards…

United are still to hit the heights that could see them pinned as potential title winners but you feel they are starting to get there. The difference in the performance on Sunday against the league leaders compared to games earlier in the season could be overestimated if you looked purely at the final score. The main difference on Sunday was that they got the goal at the right time, the football played was no worse than when United hosted Chelsea in our first league game at Old Trafford.

On that night, a point was deemed a good result though United played well enough to earn the three points. There wasn’t the ‘must win’ element of that fixture compared to our most recent outing. How different our start may have been had we secured the victory we deserved that night? All ifs, buts and maybes though the point is that United didn’t start the season a bad side. Was the Swansea performance any worse than the recent win at Fulham?

The trouble was that United suffered the dip in form they usually save for this time of the year a little (or lot) earlier. The unbeaten run Moyes’ men are currently on is encouraging and the Arsenal result should restore belief amongst supporters and players alike. But in 2004 we shared the same hope and that’s why, as supporters, we should perhaps be a little cautious.

With the spotlight having already been shone supporters following the boos that rang out against Stoke, should things not go our way in our next two away games we shouldn’t feel we are back to our post West Brom depression. Wins at Cardiff and Tottenham would be great, of course they would, but let’s not forget that the word ‘transition’ still looms over this United set up. In 2004, we backed up our win against Arsenal with a defeat at Portsmouth. It was that type of season. One of inconsistency and a learning curve for the club’s young players.

This time around, we might not suffer the same crippling inconsistency that derailed our 04/05 title bid but if we do, there’s no need to panic. On Sunday United proved they are still capable of producing a performance to win the big games, with young players like Jones, Evans and Smalling delivering on the big stage. Doing that over a long period may not be possible at first as the guard is slowly passed from Rio to Evans, Vidic to Jones, Giggs to Januzaj; but these young players have proved they’re good enough and this season will give them the experience to improve next term if they lose their grasp on the title this season.
This season will be an experience for us all. Roll on Cardiff…