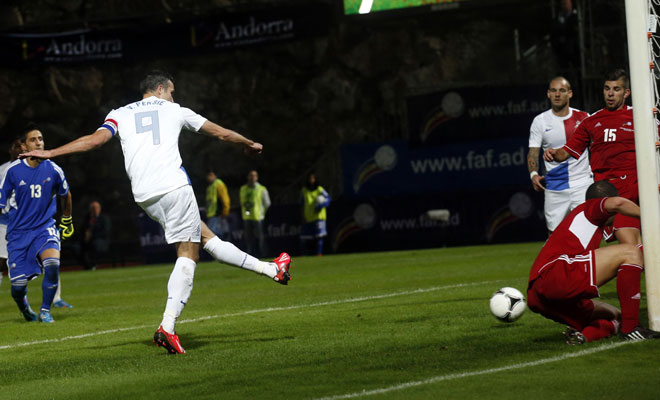 United’s week continues to get better and better, following news this morning that Robin Van Persie will miss the upcoming games for the Netherlands against Japan and Colombia.

The action appears to be merely precautionary, in the hope that Van Persie will not suffer from burnout or lack of form due to ongoing niggling toe and groin injuries sustained earlier on in the season.

The news that the Dutchman, who is his country’s all-time leading goalscorer, will have a two week period for some R and R is brilliant as far as we’re concerned.

In recent weeks, Van Persie has looked like recapturing the stunning form from his first season, in which he almost single-handedly wrestled the Premier League trophy back from city’s hands. He looked hampered by injury in the opening fixtures of this season, and his season had been a bit stop-start, notably he missed that derby game after getting injured in training. However, against Fulham and Arsenal, he looked sharper and hungrier. Although he was still scoring goals despite his injuries, this is the Van Persie we all know and love.

After Van Persie downed his old club and almost drove Piers ‘Chins’ Morgan into a cyber meltdown, he should be able to help us push on away to Cardiff after putting his feet up and nursing his injuries.

This rest period is the best thing that could have happened to us.

A rejuvenated and fresh RvP will be crucial to our season.