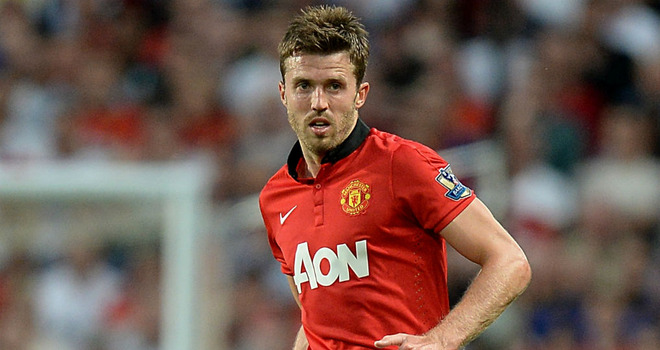 Michael Carrick claims he was confident Manchester United would bounce back from what he admits was a shocking start to the season.

United’s 1-0 win over Arsenal on Sunday put the champions fifth ahead of the international break just five points adrift of the Gunners, who sit on top after their impressive start.

The comeback against Stoke, I believe, is what kicked David Moyes’ men on and gave us the boost we needed. Without confidence you’re bound to struggle and in the first few weeks things were not going the way Moyes would have imagined.

With United now on a nine-match unbeaten run in all competitions, they look set to put the defeats against Liverpool, City and West Brom behind them. There’s no point dwelling on those now when we could find ourselves up competing for the title in May.

“After a shocking start we are not in a bad position,” said Carrick.

“We never really got too despondent. We were frustrated with our performances and results but you have to stay patient and trust yourself.

“We knew there was a long way to go and there still is.”