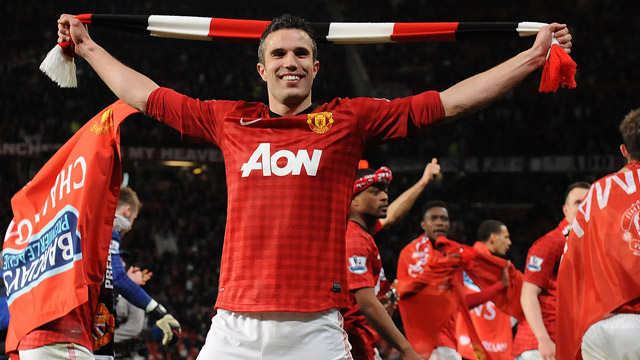 Okay, read carefully. Find out whatever it is Arsene Wenger is smoking (probably best to ask Jack Wilshere) and get me some of it.

The Arsenal manager sat through his weekly press conference this morning and admitted he still finds it difficult to imagine former captain Robin van Persie wearing a Manchester United shirt. Perhaps sitting comfortably in first place is getting to his head a little because it’s been a while since they’ve looked like serious title contenders.

However, Wenger is bizarrely convinced Van Persie is still an Arsenal player, despite leaving the club last summer and going on to win his first Premier League title after 8 years in England.

“Of course it’s strange for me to see him in a [United] shirt because for me he’s an Arsenal man.

“I took him when he was a very very young player. We have gone together through very difficult periods and he became a world-class player and for me he is an Arsenal player.”