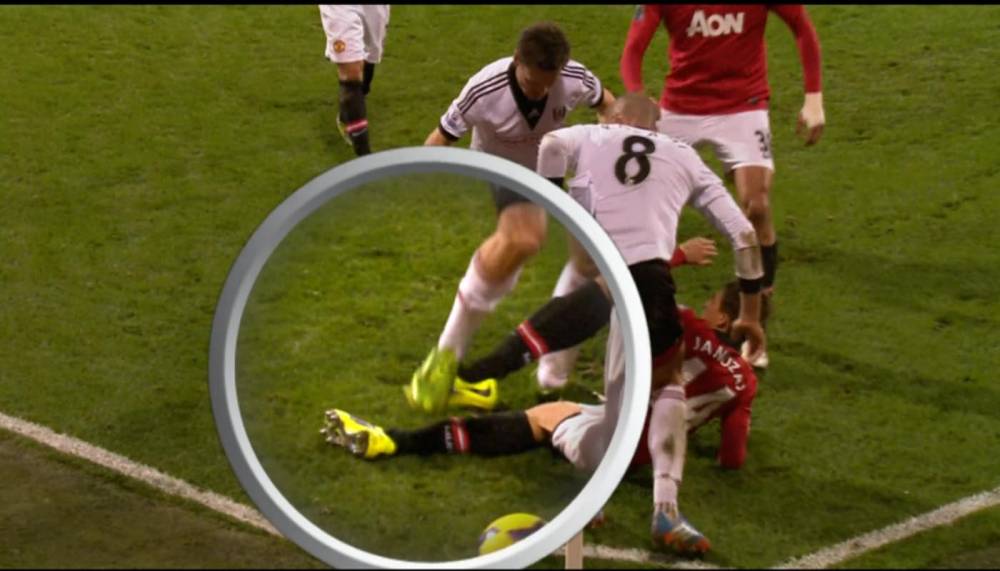 Fulham’s Sascha Riether was charged with violent conduct by the FA on Monday for stamping on Adnan Januzaj during Saturday’s 3-1 win at Craven Cottage. David Moyes, in response, has demanded greater protection for the 18-year-old.

Moyes also believes he must watch and learn from the likes of Lionel Messi when it comes to handling this sort of treatment, being “kicked up and down” by opponents. Riether, on the other hand, has until 6pm on Tuesday to respond to the change.

Having reviewed the incident, it appears pretty obvious that Riether deliberately targeted Januzaj. In recent weeks Morgan Schneiderlin, José Fonte, Stephen Ireland and Wilson Palacios have all been booked for fouls on Januzaj in recent weeks.

Speaking to the press ahead of Tuesday night’s clash against Real Sociedad, Moyes said: “I hadn’t seen it until after the game, the view from the dugout made it impossible to see, but it’s a bad stamp and it does look deliberate.

Moyes continued, touching on how Januzaj can learn from Messi.

“He only needs to look at Lionel Messi who is probably the best in the world at getting kicked, getting up and getting on with it and continuing to produce magic all the time. I’m not in any way comparing Adnan to Lionel Messi, so don’t be saying that, but I’m certainly saying the way Lionel Messi gets up after being kicked, we hope that’s the way Adnan continues to behave too. But he does need a little bit of protection. Somewhere along the line if he is going to continue playing in the fashion and style we want he’ll need to get protection. It’s up to referees to do what they think is right.”