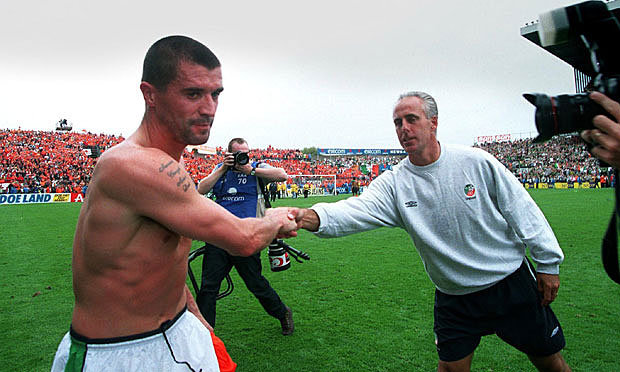 According to several reports, Roy Keane will be offered a return to management next week as Martin O’Neill’s assistant for the Republic of Ireland job.

Genuine contacts or guess work, take your pick. The Mirror are amongst the media sources behind this one but what makes me laugh is the fact O’Neill has not even got the job yet. It is believed, however, that he underwent lengthy discussions with the FAI in recent weeks.

Eleven years ago Keane was sent home from the 2002 World Cup following a bust up with manager Mick McCarthy. Some of the issues that surfaced were McCarthy’s faking injury accusation, late arrival of training gear and training pitch standards. As an Irishman, I do recall beating the ‘Keane was right’ drum at the time. He was a professional that wanted things done properly.

If true, it’s going to be interesting. Keane’s club management career is not much to look at but it could possibly turn out to be a different story on the international stage. O’Neill is a quality manager, who the former Manchester United captain could learn from. Both were managers at Sunderland but Keane has been out of management since he got the sack from Ipswich Town in 2011. O’Neill, on the other hand, was dismissed as Mackems boss in March.