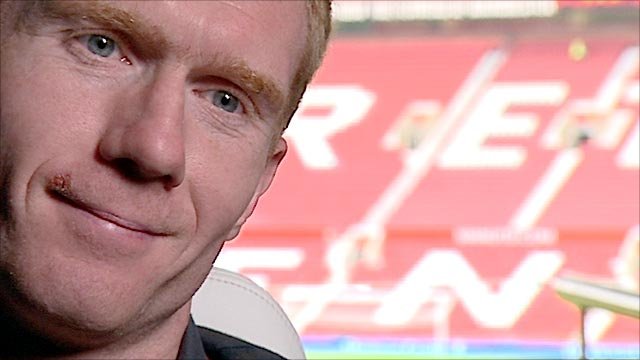 The much maligned midfield of Manchester United has become this season’s standing joke. A signing which saw the reds pay over the odds has yet to catch fire (although if a few Feillani wigs set alight, it wouldn’t be the worst thing) and in general it has been this area of the squad which has received the most attention.

The lack of dynamism coming from the engine room in defeats to Liverpool, City and West Brom has led to a broad range of reactions from dropping in Rooney to dropping off the manager. The man that Moyes replaced has been given stick for not solving our midfield puzzle in the six seasons from signing Anderson (the last midfielder he bought) to his retirement in May this year.

That criticism is not harsh, it’s the truth. A closer look at our form in this early part of the season has seen supporters and media ‘experts’ seeking to embroil themselves in the depressive way our title defence has begun. A few have looked at history. A look at campaigns from 10 years or more ago when we were able to haul ourselves back from the oblivion (eighth).

Trouble is, there is no need to look back that far. Instead, think back to how we set off on Fergie’s final Premier League voyage. Remember how utterly unconvincing we were in those early fixtures. An opening day defeat to Everton followed by a closely fought win against Fulham and then a rescue mission at St Mary’s. A victory at Anfield was achieved more through a numbers advantage than an abundance of skilful interplay.

Beaten at home by Spurs, going behind in Cluj, fighting back against Braga; you can’t help feel that there hasn’t been much of a fall from the performance levels of last season. Awful against City? Yes. Poor against West Brom? Hell yes. But to all of a sudden look at this season and say that this group are far from the team that strolled to the title is lazy. This time last year, the same side were struggling. At Stamford Bridge, where they could have gone 11 points behind the leaders Chelsea, a 2-0 lead had already been blown before United were helped by a piece of brilliance from Van Persie to set Ashley Young away resulting in Ivanovic seeing red and also a lucky break in Torres getting a second yellow.

That type of brilliance or luck has not been seen this term. That’s not to say it won’t ever return. Moyes’ men may have struggled so far but there is a growing sense that there is a turning point coming. A big game in which United announce themselves back in the title hunt. That game could occur against Arsenal. Last Saturday, United showed they still have the ability to win late even without Fergie’s touchline presence. They now need to show they can produce the brilliance required to change a game in their favour. But players need to step up, especially in the midfield. And here’s why.

The more the season goes on and the more people bang on about the aura lost through the loss of one great manager, the more I find myself shaking my head at my twitter feed. Because after looking at the team this season compared to last, it suddenly dawned on me. Where would we had been in the league last year had a substitute not come on to change the flow of the game at St Mary’s when the team were trailing? Would we have ever got back into the game at Villa Park without the pass for Chicharito’s first goal? Would we have found the calmness to pass our way to victory and use our extra man crucially in the victory at Anfield? That’s nine points we gained from those interventions. We’re eight points off the pace at this moment.

Talk all you like about life after Fergie, but in my opinion it’s life after Paul Scholes that is proving harder for United to adapt to.