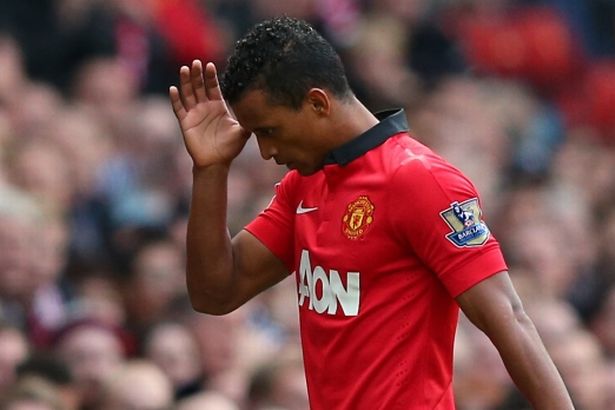 Old Trafford’s rather nasty goodbye to Nani against Stoke and Andre Villas-Boas’ criticism of Spurs’ fans has reopened up a debate on how paying fans should conduct themselves.

I have to say I was genuinely taken aback by Nani being booed when he was substituted for young Nigel Havers lookalike and Belgian/Alabanian/English/Kosovan/Irish (by his hairdresser) wunderkind Adnan Januzaj against Stoke at the weekend. It must be said, even the most forgiving of observers cannot deny Nani had one of his off days and I have been a pretty vociferous critic of him myself. On the other hand I have never heard nor would ever advocate the Old Trafford crowd boo their own. Furthermore for all of his frustrating faults, Nani has the ability to be a true match winner can produce moments of brilliance and did set up one of the goals at the weekend, which in the climate of conservatism at United in recent years are qualities that should be cherished. United fans booing him though, seemed to open up a can of worms on social media with an assortment of “Top Reds” laying into those fans some going as far to say that they should not be allowed to go to games. I presume these same people are tremendous advocates of free speech…

Then a day later, after scratching a 1-0 win at home to Hull, Tottenham manager Andre Villas-Boas criticised the club’s fans for creating a negative atmosphere that he feels influences the team’s home performances.

So should fans keep their opinions to themselves and simply motivate the team? Do the fans have that much of influence on team performance? Furthermore, does anyone have the right to tell paying fans what they should and shouldn’t say?

Manchester United, unlike Villas-Boas and Tottenham, decided to take a positive, proactive approach to problem of ever depleting atmospheres at modern football grounds by introducing a singing section, as a one-off, for the game against Real Sociedad. Despite initial cynicism on it, including from yours truly, it seemed to work well, there was a great atmosphere throughout the game. However, what differed from much of the season so far is that United attacked from the first kick of the ball and there were 6,000 rowdy Basques inside Old Trafford creating a carnival atmosphere.

Against Stoke at the weekend, bar a Hernandez inspired burst of relief, we saw a return to the stodgy, tense and demanding atmosphere that has characterised the era of all-seater stadia and despite the win United produced a rather feeble performance to match. Maybe Villas-Boas has a point, footballers are still fallible human beings and are susceptible to being affected by an uncomfortable atmosphere as the rest of us. Nevertheless, to demand fans service the emotional needs of vastly overpaid players while they spend their ever decreasing wages on ever increasing tickets prices is ridiculous – as well as very Tory –  and demonstrates the real problem of the lack of atmosphere at top level foot matches; the chasm that has grown between football and the fans at the top level.

There is little contact between clubs and the communities they come from bar the exchanging of royally approved notes at the club shop cash register. Clubs and governing bodies treat the fans as an inconvenience rather than the lifeblood of the game that they are. Football grounds in England are now sanitised places of conformity, a reaction to the era of having to dodge bricks, bottles, flares, knives and severed limbs from terrifying individuals who resembled anything from Stone Roses roadies to 90’s professional legend Bam Bam Bigelow with swastika tattoos on their eyes.

We should be rightfully delighted to be rid of the era of risking your life to watch Martin Buchan cuff a teammate round the ear for errant marking on a throw in but not at the cost of the boisterous irreverent enjoyment that should go hand in hand with football matches. I look at Germany with so much envy that I am half-tempted to move out there and adopt a team. Low ticket prices, standing areas and incredibly colourful banners, such as the one Dortmund produced against Malaga in last season’s Champions League, have helped German football become the envy of Europe on the pitch and in the stands. Here in Blighty the fans are so bored and silent you can hear the manager barking instructions, I never cease to be astonished how we manage to keep gatherings of tens of thousands people silent on a weekly basis.

Products of modern football; players, coaches and armchair fans – who constantly air their expert analysis of games over social media to show off their superfan/world class coach-in-waiting credentials – are so keen to criticise the attending fans and tell them what to say and how to conduct themselves because apparently free speech is harmful to the game.  However, their attitude is part of the problem, they do nott look at why fans are so grumpy, reactive and quiet these days.

Football is at its heart, entertainment, entertainment borne out of movements within communities. The fans pay their money, give up their spare time and have a right to be entertained, so let the fans boo if they want while consuming their trans-fat riddled snacks and flat warm lager. Instead you should ask why football fans seem so pissed off in the first place.