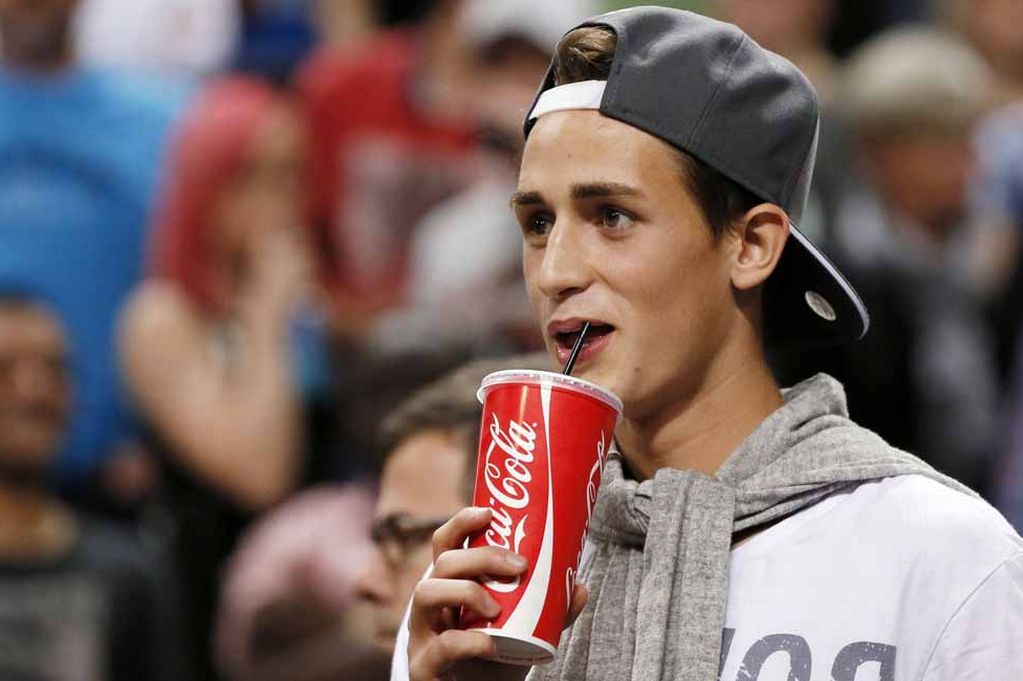 Most of the premiership plaudits thus far have been awarded to those of whom fall into the particular category of youthful exuberance. More recently Ravel Morrison has grabbed the headlines, while at first Everton’s Ross Barkley set the tone for the embracing of a certain age group that, using championship manager lingo is known as the “wonderkid”. Kicking of the season with a stunning strike against Norwich, his ensuing performances and subsequent England call up have led to the inevitable comparison with our very own Evertonian. He of which ironically seems to be finally exhibiting the characteristics that were common of the player that so similarly had the world at his feet at such a tender age.

Another exciting youngster however, who has similarly set the premiership alight, albeit with less appearances, can be found closer to home. The mercurial teenage prodigy whose name pronunciation has been the subject of much debate, has perhaps been the only positive to extract from a rather stuttering start to the league. Due to the inability of the British press, and of course the modern football fan, to hold their excitement at the prospect of  recently labelled ‘’new’’ (insert name here) I tend to have a more pragmatic perspective on exciting prospects. Why? Well, quite simply because as good as they may be, they are in essence only prospects, potential no doubt, but potential and fulfillment are two different variables and the latter is only realised due to a combination of a number of distinctive elements including, ability, attitude and luck to name but a few. Taking these three aspects into consideration, in the case of Januzaj it is evident that despite undoubtedly having the required talent (contrary to popular belief, not the most important constituent – see Morrison), the diminutive Belgian not only has the rare and contradictory trait of self-confidence and a level head, but he is most certainly in the right place at the right time.

Having witnessed what can only be described as a farcical summer transfer window, in which the deliverance of that promised “marquee” signing  was, well let’s just say never realised, it was important that we got off to a decent start. To have gotten off to anything close to a decent start now would be regarded as a godsend, given the fact that after eight games there has already been outlandish talk about Moyes not being the right man (l still don’t know whether to laugh or cry at such nonsense). However, in a rather contradictory turning of events having just detailed my displeasure at the all too consistent witnessing of young players being  built up on unsubstantiated hype, only to never truly realise their potential, could it be the case that the marquee signing we so desperately wanted and needed, was in fact the signing of Januzaj on a new five year deal? In a time of transition and continuous question marks, the new era of United needs the dawning of a new hero, a martyr a great hope. In Januzaj it is quite possible that we have found it.

Nothing more than a coincidence no doubt, Januzaj made his Old Trafford debut on the same day as the late, great George Best. His 27 minute cameo, which consisted of a number of exciting dribbles and exquisite touches, unsurprisingly led to the inevitable comparisons with Best. However, despite the growing excitement around the young Belgium increasingly intensifying, those of whom watched him last year on his way to collecting the Denzil Haroun Reserve Team Player of the Year award, have had this excitement and anticipation a lot longer let me assure you. His status as one of the most exciting prospects in European football was given further credence when he took a previously faltering game by the scruff of the neck in the Stadium of Light, and scored two sublime goals to take home both the three points, and the MOM award thus, displaying that he has the confidence to step up to the plate when needed.

Perhaps more importantly, it is clearly evident that the rest of the squad have the same level of confidence in him. It was worth noting that anytime Rooney picked up the ball in a deep position on Saturday, his first movement was to almost always look to see if Januzaj was available. Also, in his post match interview, Van Persie also gave unreserved plaudits to the Belgian youngster, stating that while he sees similarities between Januzaj and himself at that age, we must not call him the new RVP but he will remembered as his own man – Januzaj, given the undoubted ability he posses.

The fact of the matter is the boys a bit special. His low sense of gravity and quick feet mean despite not being blessed with raw pace he can glide by defenders at ease. He has a wicked left foot and is also regarded as a set-piece specialist. However, despite having an elegance of touch, graceful running style, an aura of self confidence attributed to those of whom consider themselves capable of being the best, and an unrivaled technical ability for one so young, his most impressive attribute thus far has been his decision making in key areas, an attribute that is not often found in one of such a tender age. An attribute that even precludes those of whom have a considerable level of experience – not mentioning any names.

With the disappointing loss of Pogba in July 2012, there would have been all out mutiny if Januzaj departed in a similar fashion. Also, with the rise to prominence of Ravel Morrison it is with a pitiful glance that United fans a plenty contemplate what if. His peculiar circumstances though, leave not a bitter taste that resides when the word Pogba is mentioned, but rather a sad sense of what could have been. I think I speak for the majority of United fans when I say that I am genuinely happy that the prodigiously talented Manchester native is realising his potential, albeit not within the confinements of Old Trafford. As I said earlier there is a number of determinants that see a young player reach their potential, and in the case of Morrison or Ravel as he is now known, it is now a case of right place, right time, as he continues to prosper under the stewardship of Allardyce at West Ham.

Furthermore, the trust shown in Januzaj by Moyes, must be greeted with widespread approval and even his harshest of critics must offer praise. In a turbulent time of transition, it would have been easy for Moyes to stick with the tried and trusted, experienced pros to ride out the early waves of choppy terrain. Instead when the going got tough he done what his most successful predecessors had previously done – he turned to youth, and the youngster was thrown in at the deep end. To me he has passed his first major test as United manager, trusting in youth. With Sir Matt and the Busby Babes setting the blueprint upon which the fundamental principles of the club are based, and Sir Alex similarly emphasising the need to believe in youth whilst simultaneously revolutionising youth teams in terms of set up and scouting, it is evident the Moyes too is exhibiting some of the same qualities.  The tradition of youth is embedded in the institution of Manchester United and Moyes exemplifies that he too, will continue this process. Januzaj is the foundation upon which Moyes first blueprint will be built.

As previously mentioned, while there is much debate around the pronunciation of the young Belgian’s name, there is no debate as to how good he can be.  Whilst it’s easy to get carried away with youthful exuberance and mass media acclaim, it is with a degree of trepidation that I state he could potentially be a our new number 7 in the  not to distant future. Again it is at the risk of grave contradiction that I state, we must allow him to develop without too much pressure. However, the problem is something tells me that we have a special player on our hands. He has the world at his feet, and in a time when the Old Trafford faithful are crying out for a new prodigal son, the stage is set for both the dawn of a new era and a new hero, it is most certainly a case of right place, right time for Januzaj.