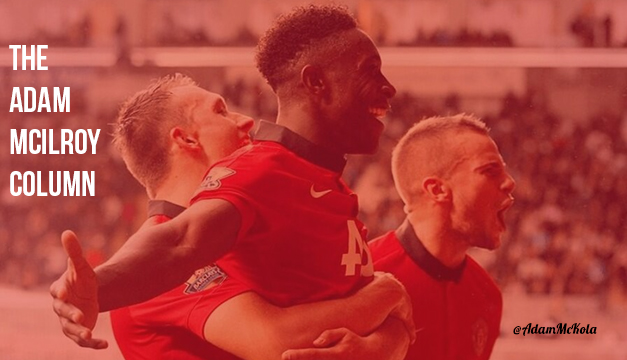 Welcome back to my column!

It’s been a few days since we dropped another two points against Southampton but last night it was back to business in the Champions League, where we’ve not fared too badly under David Moyes this season.

In today’s video, I go through what we did well yesterday, how David Moyes has fared in Europe compared to the league, our best players, a slight concern and of course, the singing section which was introduced to Old Trafford yesterday.

I thought Shinji Kagawa was our star man yesterday but after fantastic performances from Jonny Evans and Phil Jones, it seems like we may have a new centre back partnership coming through. Wayne Rooney returned to his good form of the season after a below par performance against Southampton and of course, the old man Ryan Giggs started – I give my thoughts on him too.

Concerns? Well, we’ve failed to score more than one and our goal came thanks to an own goal. Should we be worried?

Get involved, let me know what you think by commenting below or on the video and most importantly, subscribe to keep up to date at www.youtube.com/AdamMcKola.

Until the weekend, take care….