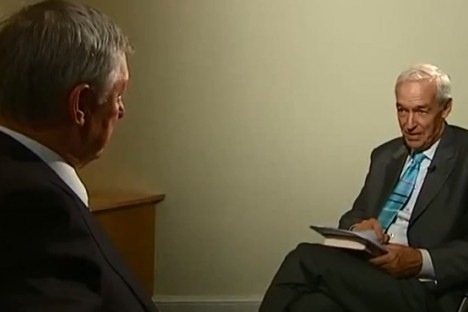 Jon Snow from Channel 4 News was lucky enough to interview Sir Alex Ferguson on Tuesday. The questions originated from politics and spats with players such as Roy Keane, David Beckham and Ruud van Nistelrooy.

Parts of the interview are rather uneasy with Snow reluctant to back down in attempt to ask Fergie questions most journalists were afraid to. These questions were based on the Glazers, his dealings with the BBC following a documentary about his son and the way in which he supports the Labour Party.

Snow does however describe Ferguson as a Stalinist which I found utterly inappropriate and ludicrous. Our former manager didn’t take it kindly either. Personally, I find comparing a football manager to a historical figure who is responsible for well over a million deaths odd.