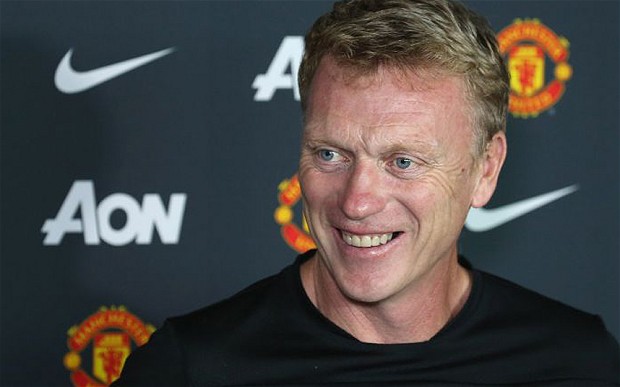 As I watched my beloved United from a strategically placed stool at the bar, I couldn’t help but overhear three individuals who I assumed were united “fans” (wearing the jersey), deliberating over Saturdays rather mundane proceedings. “I’m not really pushed anymore; the football we play is shocking, I have lost interest this season”. If twitter is anything to go by such comments are now common practice and only add substance to the general perception that the majority of united fans are ‘’glory hunters’’ or perhaps the more commonly used term, ‘’plastic fans’’. And who can blame such a tagging, when on an all too consistent basis #moyesout is seen on my Twitter feed.

The doom and gloom is most certainly upon us, but I can honestly admit that having only been accustomed to a successful United team given my relatively tender years, my love and passion has grown stronger in the midst of such adversity. Having only ever witnessed Sir Alex in the dugout, admittedly I have been spoiled. We as United fans, have had the pleasure of witnessing some of the greatest players of their generation, light up one of world footballs most special stadiums ,on a regular basis, whilst simultaneously celebrating success after success after success. All good things must come to an end, and the conclusion of Sir Alex’s reign was most certainly met with not a dry eye in sight. With a kiss and bow the greatest of all time bowed out at the Hawthorns, the likes of which we will never see again. However, this is not to say we won’t be successful again.

When David Moyes became the ‘’chosen one’’ many questioned the appointment. Following on from this, many of those that had major doubts began to become slightly less sceptical when it was realised that Sir Alex himself had personally picked Moyes as his successor. Still there was agitation amongst fans, and the fact that he was handed a rather unprecedented, six year contract was greeted with an equal measure of inquiry. The six year contract offers, stability, confidence and  backing from the board. Essentially it is a public showing of long–term support. For Moyes this long-term support is critical for both his confidence and philosophy, and given our less than impressive and continuously faltering start, this long-term contract now takes on even greater significance.

The most worrying aspect of the Moyes reign so far has been the negative style of play that has seen Van Persie constantly marginalised. This conservative approach results in the Dutchman consistently starved of the ball and as such, last year’s focal point is quickly becoming a peripheral figure, hence our lack of scoring from open play. Three reasons can be set forth as to why an inherently attacking side is consistently reverting to a more defensive style of play, and all three can be construed as plausible.

The first of which is the fact that Moyes, as Everton manager was limited in terms of both financial and personnel resources. With no disrespect to a very good Everton side, he quite simply did not have the calibre of player he now has at his disposal. Consequently his teams were quite often set up as ‘’hard to beat’’, with an emphasis on full backs getting crosses into the box as the main method of attack. It’s not surprising Cahill, a midfielder come attacker, renowned for his ability to head the ball, was often Everton’s most potent attacker. In a recent article by Miguel Delaney, he questions Moyes continuous application of having a full back as your most consistent attacking option. This is evident of the fact that Evra at the time had made more key passes (11) than any other player at United this season. What needs to be pointed out here, is that Van Persie, nor Rooney are particularly good in the air, whilst Evra quite simply hasn’t got the ability to whip a ball in ala Baines. The introduction of Smalling for Rooney on Saturday was perhaps the most un-United move I have witnessed thus far, and it smacked of a manager so desperate not to lose, that it is ultimately hampering his vision to go for the win – the United way.

Therein lies problem two. The pressure of replacing Ferguson in itself, is perhaps the single most burden laid job in the history of not just sport, but even business. Whilst I condemn the fact that football is simultaneously mentioned in the same sphere as business, the fact of the matter is, there is no getting away from the complementary nature of both. Modern football is a business, just ask the Glaziers. Using this business analogy to put Moyes’ job into context, I believe the only true comparison in relation to the size of the task can be with that of Tim Cook, replacing the late Steve Jobs as CEO of Apple. How can you take over from the legend, the genius and the father of not just the institution, but the brand. Quite simply Ferguson was the modern Manchester United. Using Busby’s blueprint in relation to youth development, Ferguson’s unrelenting will to win brought about a period of domination that will never be matched. Sir Alex was known for his intricate level of management, only beginning to delegate towards his later years. So strong was his fascination on results and continuous improvement, he was involved in the day to day operations of not just team matters, but every level of the club, from board-level to the cleaners, you name it Ferguson’s stamp was on it. Taking all of this into account, it is impossible to fathom how Moyes can begin to establish his own beliefs, ideas and philosophy in an environment that in essence, only knows one way. The daunting prospect of replacing Ferguson is no doubt affecting Moyes, as it would anyone, and it is perhaps one of the critical reasons as to why he is so desperate not to lose, thus resulting in his cautious approach.

This is the biggest challenge for Moyes, and it is for this reason alone that he needs to be given time, backing and full support. The bold move to part with Phelan and Meulensteen, was exactly that bold, but you can see the logic. It was his first chance to put his own stamp on things, whether it pays off or not remains to be seen, but the rationale is sound, and the fact that he has a core nucleus of United personnel in Giggs and Neville means he is surrounded by people who know how the club operates. Can he deal with the pressure? Who knows, can anyone truly deal with that kind of pressure. Will he be a success? Who knows… But one thing is for certain, the only way we will find out, is if we the fans give him our full support and backing. It is impossible to comprehend some of the comments I have read from some United fans in recent days. Eight games including the toughest start to a season have ever seen, and the man we were so boldly told to ‘’stand by’’ is being written off and treated with mass discontent. Dare I say it, but sacking Moyes before at least two years at the helm would be the most nonsensical decision made in recent times -on a par with the purchase of Bebe. Ferguson and his philosophy is ingrained in all aspects of Manchester United, and when an institution is dominated by one man for so long, the inevitable transition will take time, it’s natural. The worst thing we could now do, as a club, is to not give Moyes sufficient time. If within a few years it hasn’t worked out so be it, we tried, we move on. On the flip side if he is prematurely sacked and the subsequent manager comes in and doesn’t set the world alight, what then? Will we sack him? Will we then be wondering if Moyes could have done better in time, there’s only one way to find out, and he has my backing.

The third issue Moyes has to contend with is one of his predecessors doing. Upon his retirement Ferguson’s statement was one of a fundamentally flawed nature. To proclaim he has ‘’left the organisation in the strongest possible shape’’ is doing a disservice to Moyes. With Rio and Evra looking set to leave at the end of the season, and Vidic recently turning 32, the back four is in need of a new foundation, for Moyes, at such an early point in his United career it is impossible to tell who should be used, hence the constant chopping and changing. It is clear Moyes does not know his best team, but how could he? This is another key reason as to why he needs time. Having tied Nani and of course the exciting Januzaj down to five year contracts, it is evident Moyes is not solely conservative in his footballing philosophy. The problem with the current United squad is that while there is a great mixture of experience and youth, there is a clear absence of quality in between.  This is an area Moyes tried to address in the summer however unfortunately, we all know how that ended. (Seems as though that big transfer business Woodward so abruptly left Australia for, was to tie Januzaj down, perhaps the holdup was because he walked back, finally surfacing on Saturday morning). So, Moyes was left with an ageing squad and no real reinforcement’s bar Fellaini of course, all the while are biggest rivals were considerably improving theirs, spending vast arrays of sugar daddy money. Taking all of this into account, we in fact have no divine right to believe we should coast to the league once again.

As I write this a relaxed Sir Alex conveniently pops up on the tele talking about, yeah, you guessed it, Moyes. He goes on to the state that “he will be successful, because he will be given the time, to be successful.” It’s funny how a four letter word holds so much fate to the future of United. For without time we have no hope, without time we will be just another moral lacking, soap opera akin, laughing stock of a football club, where managers are recycled on a consistent basis. If one thing is to come out of the Ferguson era, it’s that time is the key to improvement, whether that be standing by an annoyingly cocky Portuguese show-pony who at 18 looked like a circus act, or believing in a manger who is perhaps one loss away from getting the sack (sound familiar). Alluding to the title of this piece, I take its inspiration from the match on Saturday. We hit the bar twice. IF they had of went in, we would have been looking at a rather comprehensive victory against a decent Southampton side (De Gea didn’t have a save to make), the theme from then on would have been onwards and upwards, two wins on the bounce, and we have turned the corner. Instead we witnessed the anguish that, we so often bestow on our rivals, this time we where the recipients of that late, late goal. It hurt, but what hurts more is knowing our beloved club is becoming all to accustomed to those fickle fans turning their back on the man chosen to lead us into a new era, all way too soon.