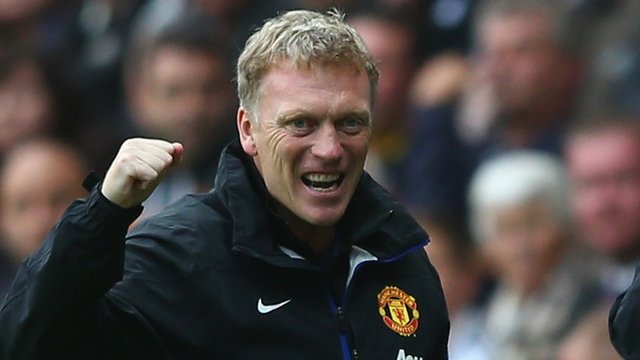 Let the tears be for another day. The reds are eighth in the league table after as many games. We’re also eight points behind league leaders Arsenal, who have been nothing short of excellent since the season kicked off. The question is, however, have we come to the stage that the spoilt begin to jump the Moyes ship?

Is it disheartening to lose to West Brom, Liverpool, and Manchester City? Absolutely. Is it time to panic? Absolutely not.

We should be a bit more worried with the fact we’ve only scored 11 in eight matches. Or the fact that Rio Ferdinand and Nemanja Vidic no longer seem the best pair in terms of consecutive matches. With their best years behind them, we now give way to Jonny Evans, Chris Smalling, Phil Jones – all perfectly noteworthy of holding their own in the United ranks.

Are you tired of hearing Moyes’ press conferences yet? Where he constantly seems to feel like he must admit his squad performed well and to draw positives out of a hat. We gave up a late goal against Southampton – who have a pretty stingy defensive unit of their own, which he should not have. Understandably, there’s an unsettling stench in the air, the type where it smells as if plastic is burning.

Sitting near the middle of the Premier League table, the reds seem to have weeded out any of that unnecessary plastic. We’ve seen players like Emmanuel Frimpong continue to mock United on social media but who really gives a fuck? He’s not the first, nor last, to write us off. Many have done so and looked foolish as a result. We love proving people wrong, i.e, Alan Hansen.

Frimpong probably suffers from memory loss. Does he recall the day that United lost the title to Manchester City over two years ago courtesy of Aguero? Many wrote us off claiming City were ready to dominate English football. But did United back down? Did Sir Alex Ferguson step aside and say “there you go, Roberto. The league’s yours for the taking from now on”?

The answer is, quite obviously, no. Fergie rallied his troops, young and old, and captured the league handily.

While we are now without the greatest manager of all time, some see the opportunity to allow the plastic burn even longer. Old Trafford pushes aside the waste that’s been filling their stands for as long as Ryan Giggs has been around. It’s almost as if ever since Ed Woodward has taken the brunt of the criticism for a poor showing in the summer transfer window, United have been the whipping boys of the Premier League.

But, for some you, the second coming is among us. We’ve all awoken the beast that is Wayne Rooney, who has emerged from the depths of who the hell knows where. Danny Welbeck’s become consistent. From the heaven’s above, we’ve been graced with Adnan Januzaj.

Moreover, we have David Moyes. The man Fergie said was right for the job. The man with the job, whom we should all get behind. Find it within yourselves to cherish what we have, and understand it’s not always been this good with Manchester United. Take a step away for once, just once, and realise that Premier League glory is not a regular occurrence, and while we’ve been spoilt, we must take perspective.

We seem quick to point the finger of laugher whenever Chelsea want their manager sacked.

3 responses to “We must get behind Moyes”