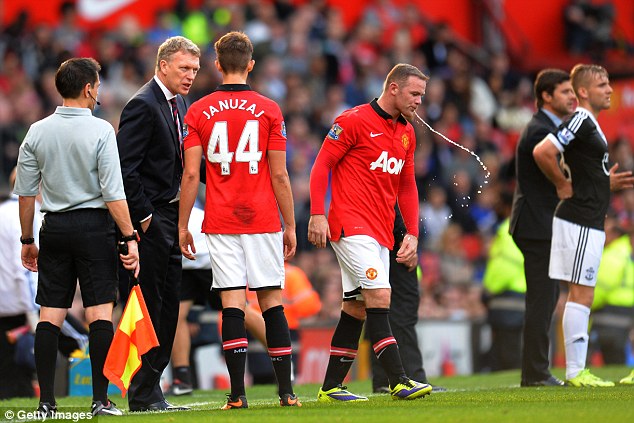 Forget winning trophies, David Moyes must rediscover Old Trafford’s tradition of entertaining attacking football if he is to salvage this season for Manchester United and win over increasingly frustrated fans.

The most concerning thing I found about the 1-1 draw with Southampton on Saturday is that I felt relieved to have seen the team escape with a point, in a game which Southampton, on the balance of play, just about deserved all three points. United did create some good opportunities, hitting the bar twice but overall they were rigid, cautious, pedestrian and at times overwhelmed by Southampton’s high pressing game and superior midfield. Moreover, the final five minutes saw little response from the home fans a malaise seemed to have subdued the Old Trafford crowd, likely influenced by nerves and negativity.

Four key statistics stand out to back up that analysis: Southampton had more possession, more shots on goal and won more 50/50 fuels on the ground and in the air.

Moyes has to take some blame for this. He has brought his approach from Everton and tried to apply it to Manchester United. The team has been going into games to “not lose” rather than win and there is a distinct difference between the two. United tried this approach in the feeble Manchester derby display and were justly rewarded with a 4-1 hammering for their caution, a defeat which as a fan was worse than the 6-1 trashing we suffered two seasons before. That game saw a 10 man United team throw caution to the wind to try and recover a 3-1 deficit, it was a folly that saw the team picked off by City but at least it was an entertaining folly.

Every now and then as a United fan you had to see the team on the receiving end of a real hammering. It didn’t happen often but it still did happen. In 1996 we were beaten 5-0 and 6-3 in close succession by Newcastle and Southampton respectively, New Year’s Day of that year saw another 4-1 thrashing by Spurs and there are several more of these through the years including Chelsea, City (again) and Liverpool just 4 years ago. What differed in those defeats from reverses this season is that those were a product of the “United way”, high tempo, attacking football which saw the team caught out badly on the rare occasions events conspired against them.

We lost, but we always lost in style.

Moyes’ rigid and cautious interpretation of 4-4-2 has shackled the some of the team’s finest attacking players and pushed out others completely. His substitutions were also a self-inflicted, taking off Fellaini and Nani for Giggs and Welbeck was plain baffling. Welbeck and Giggs are two ‘safety picks’ who ironically provided little safety for a 1-0 lead, United needed to take the initiative; instead Moyes chose to defend a 1-0. This is not something that ill fits the United culture.

In defence of Moyes, this was an approach that had been insidiously sneaking in under Ferguson. Defeats to Real Madrid in 2000 and Leverkusen in 2002 saw United revert to a more cautious approach in Europe bar the odd explosion of goals here and there. Frank Rijkaard’s Barcelona were dispatched in the 2008 Champions League semi-final by essentially making a concerted effort to shut them out for 180 minutes. However, in the league United still attacked relentlessly with a dynamic and fluid 4-3-3 system to help carve their way as the third great team of the Ferguson era.

Further to Moyes’ defence, the same quality of players which United possessed during 2006-2009 are not available to him and that is the fault of Ferguson who replaced world class players with ones of lesser quality, bar Van Persie and the ones which remained have aged and have not been supplemented with players of equal ability.

We Manchester United fans are a demanding bunch and always have been even before Ferguson’s success. It isn’t so much the guzzling up of trophies that are in demand; it is the pre-requisite of entertainment and getting our money’s worth. We demand players of flair and imagination who will get the fans excited, out of their seats and creating an atmosphere which used to have the opposition beaten before they had even stepped on the field.

United do still possess those players; Nani, Januzaj, Kagawa, Van Persie, Rafael, Rooney, Hernandez and even Zaha on natural ability are all players who are capable of creating this excitement. Moyes needs go against his natural conservativism and take the risk of lettinfg these players off the leash to recreate that aura of invincibility and light up Old Trafford again which will in turn maintain United as a successful club.

Times are much different now than they were during Ferguson’s lean early years at the club, media culture wasn’t as intense and all-consuming as it now and Ferguson had trophies behind him to back up his ideas. Moyes has none of this, which means if he doesn’t rediscover Manchester United’s bold nature soon, he’ll be lucky to get a second season.

Long-term contracts count for little in the chaos of the modern game.