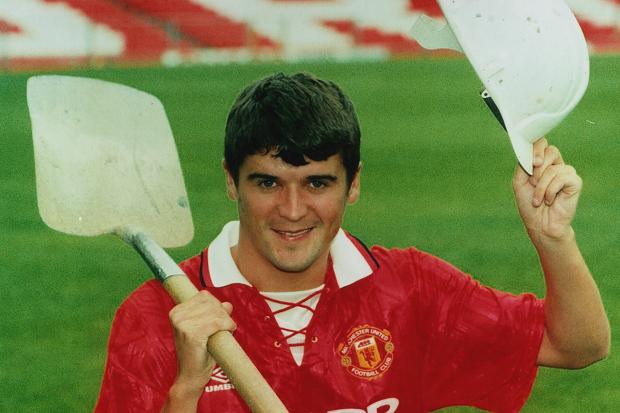 Unless we’re talking about the Glazer ownership or perhaps Rock of Gibraltar, Sir Alex Ferguson is not one to hold back. Following his retirement it was made clear that Paul Hayward from The Daily Telegraph would ghost write his autobiography which we rightfully expected to result in stories on David Beckham, Roy Keane and a few others.

Keane left the club under a grey cloud, but as a player nobody could fault him. There has been many superlatives used to describe his footballing ability and performances on the pitch, in particular in Turin ’99. What he had was a commitment to win almost at any cost. He was outspoken and that ended a few relationships in his career, including one with Ferguson.

SN published two quotes on Keane from Fergie’s autobiography earlier today. They were as follows: “Him [Keane] leaving was the best thing that could have happened” and “the hardest part of Roy’s body is his tongue. He has the most savage tongue you can imagine.”

The former United captain was working as a panellist for UTV before the Arsenal v Borussia Dortmund game and responded to what Ferguson said in his book.

“I remember having conversations with the manager when I was at the club about loyalty. In my opinion I don’t think he knows the meaning of the word.

“It doesn’t bother me what he says about me but to constantly criticise other players at the club who brought him success, I find very strange. But I won’t be losing any sleep over it.”

When asked whether he felt that criticising the likes of David Beckham was over the top, Keane had a go.

“I don’t think he needs to do that. I am not sure how many books he’s written at this stage but he has to draw the line eventually. A lot of these players helped him win a lot of trophies. You can only imagine what he would have said if we never had of won a trophy for the club. We brought success to the club. We gave it everything we had. It is just part of modern life now – people like to do books and criticise their ex players.”