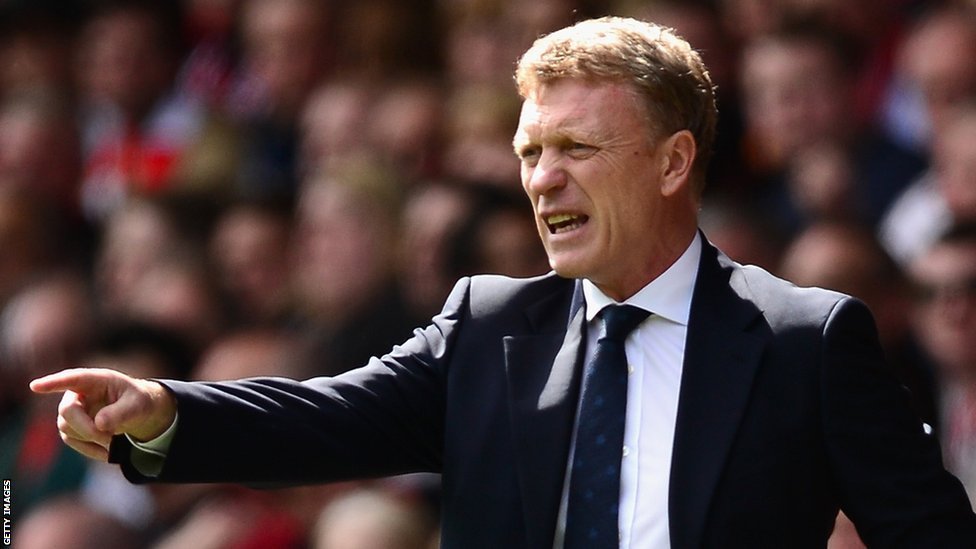 No-one in their wildest dreams, could have expected United to triumph 4-1 away to Swansea on the opening day. Fergie had gone, Wazza was disgruntled and on the bench, Swansea notoriously tough opponents on their patch. There was an unprecedented nerve-jangling air pre-game. In hindsight, we should never have worried one jot, what followed was close to perfect.

With ‘Play like Fergie’s boys’ reverberating from the away end relentlessly, Moyes nailed his game plan and tactics, ensuring we were comfortable winners. We looked secure at the back for large parts, whilst maintaining that high tempo, attacking mentality which saw us create numerous chances and were well deserving of our four goals.

We hit them on the counter attack with incisive wing-play, the pace on the flanks was provided by Welbeck and Valencia. The control provided by the midfield 3, which consisted that day of Carrick, Giggs and Cleverley, enabled us to have solid foundations and break at speed to catch Swansea cold.

We have deviated from that 3 in midfield lately, particularly with the on-fire Rooney flourishing just off RvP, concentrating more on a 4-4-1-1 type system. Although Rooney does naturally drop deeper to always be involved with play and sort of make it a 5 man midfield, Southampton having 54% possession at Old Trafford would suggest that we are losing the midfield battle and getting over-run in that area, arguably the most critical area of the field.

This is not the case at the Liberty, although Swansea were popping their passes about in typical fashion, they were not exactly in dangerous areas. Teams are now pressing us higher up the field and winning it back in more dangerous areas. That has almost become Pochettino’s trademark at Southampton, us sitting back allowed them to grab the equaliser.

What I’m trying to get it in this piece is we not should even be entertaining this conservative approach for much longer, it is hindering us greatly. The United way that has served us so well over generations has been to not take a backwards step, throwing caution to the wind. It is an old adage that attack is the best form of defence, bringing Chris Smalling on for Wayne Rooney? Not so much…

Of course, Moyes cannot be culpable for missed chances or crossbars intervening, both manager and players should be guilty in equal measure. Claiming 1 win from 4 home games is not title-winning form of the United norm.

We need to start finishing teams off and be ruthless, otherwise we could have an insurmountable task on our hands already. You can never rule out United, but we need to buck up sharpish and get back to the levels that we all expect and know that we are capable of.

Moyes looks like he is starting to know his preferred XI. Rio has been rightly ousted after his horror show against West Brom, Adnan Janzuaj has made that left-wing spot his own, Robin and Wayne look irreplaceable up top. Of course, there are positions still up for grabs, but the core of the side looks settled.

We have pace and guile down the flanks with Adnan and Nani, there is enough creativity and invention there to hurt teams. Michael Carrick naturally picks himself, we should be reverting to the 3 man unit in the central-midfield area to give us total control and flexibility in there- Fellaini will almost certainly figure, having the bustle and vision of a Cleverley or Kagawa in there should only bolster our options in theory, not to mention Wayne Rooney, who has found a new lease of life post-Ferguson.

Stoke are typically aggressive opponents and will not be a walkover, especially as our home record has been shabby and unacceptable to date. But, in essence, they are ideal opponents this weekend. They appear to be goal-shy and lacking attacking intent. They will look to get into us and stop us playing, which in my eyes makes the 3 man midfield a necessity. It is a good game to try and get back to business, frankly we need to, we have some catching up to do.

Of course, I’m no expert, but my advice to Moyes would be to look back at where we have done well this season. The 4-1 opening day win certainly was the United we all love. It’s time to release the shackles, no more conservatism, no more sheepish defending of leads. Let’s express ourselves, ‘Play like Fergie’s boys’, the message has been echoing at every ground so far and will continue to do so until it is second nature to ‘the chosen one’.