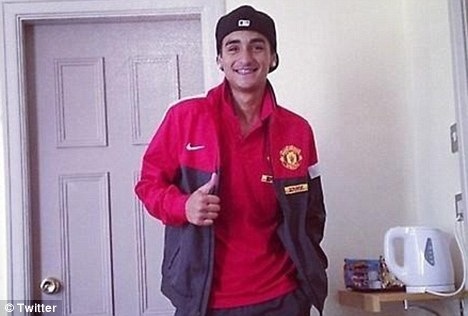 United today finally look to have seen off competition from the likes of Real Madrid and Barcelona to clinch the signing of of young Brazilian striker Bruno Gomes, someone who United have been monitoring for years.

Gomes comes with a serious
reputation for goals, having notched an incredible 122 goals in just 3 seasons in his homeland, not too shabby a record really is it?

According to his Twitter feed, he confirmed that ‘today will be a great day’ and retweeting lots of excited and eager United fans asking if he had joined, as the following screenshot demonstrates: (insert pic)

Bruno Gomes may be an unknown entity to most, I got some more insight about the player from Brazilian football expert Paulo Freitas, the interview can be found here http://strettynews.com/latest-signing-bruno-gomes-is-like-luis-fabiano/ in which he was compared to one of Brazil’s more recent clinical strikers, Luis Fabiano.

So it looks as though we have finally secured our man, with Ed Woodward finally in the mood for doing business, maybe the next step would be securing Adnan Januzaj, Nemanja Vidic and Michael Carrick all to new deals, as they all expire at the end of the season.

It looks like we have secured a gem in Gomes, a natural scorer. Gomes will be yet another promising youngster amongst our ranks, which means that our future looks distinctly rosy.

You can only Bruno here https://twitter.com/B9oficial

One response to “Bruno Gomes set to sign for United”