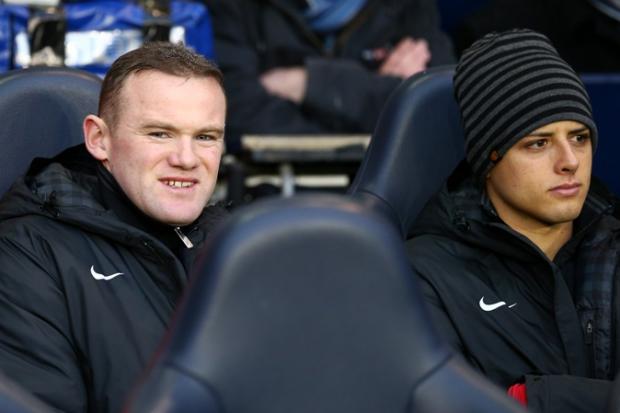 Wayne Rooney has undoubtedly been the standout in a poor start to David Moyes’ reign but the hard truth is Manchester United should have cashed in on their number 10.

The concept will seem total insanity to some of you and any of you who have debated this with me personally will accuse me of basing my outlook on a personal dislike of the man. Yes it is true I hold no love or even a morsel of respect for Wayne despite his undoubted talent. After all it is near impossible to respect or love a man who has cheated on his own wife multiple times, disrespected England fans who travelled thousands of miles and spent hard earned money to watch him turn out awful performances in South Africa and has twice tried to leave the one of the world’s greatest clubs; once over money – likely under direction of Paul Stretford who helped him put together a thoroughly hilarious statement – and a second time because he was simply throwing a sulk at losing his spot to Robin van Persie.

That second occasion when Rooney agitated for a move should have been the signal to cash in.

Rooney’s issue was seemingly the fact the club had signed a player in his position who was simply better. A shift in system required Rooney to play in midfield to compensate for the lack of quality in that area as well as the current tactical narrative of the game requiring an extra man in the middle with a one man focal point of the attack. This was much the same system used so successfully in the United team of 2006-2009 which saw them bring home three league titles, a league cup, a Champions League and reaching two finals in a row in 2008 and 2009.

Rooney, while an important cog in that team was not the talisman, that role fell to Cristiano Ronaldo, who is clearly a superior player and Rooney had to sacrifice his desired role for the good of the team, such is the nature of team competition at the highest level. Rooney was also surrounded by talents such as Carlos Tevez, Dimitar Berbatov, and a younger Paul Scholes and Ryan Giggs which meant a degree of pressure was lifted.

Rooney became the focal point of the team for three seasons after Ronaldo’s departure and in that team the success of the team was more modest, it must be said due in part to a lack of depth. However Rooney’s off the field lifestyle has been unprofessional, his battles with weight were visible and unacceptable by what is required of the modern footballer and someone tasked with being the creative fulcrum and focal point of one the biggest clubs in the world. Rooney has consistently returned from injury and pre-season overweight and off the pace and it is well known he likes to pound a few drinks and smoke a few cigarettes in his spare time as well as “pound” a few other things for a price.

Speaking as a full-time fitness fanatic and non-drinker currently in the process of gaining my fitness instructor qualification you only have to look at Wayne Rooney to see he fails to sufficiently look after his own body.

That view was seemingly held by Ferguson towards the end of his reign when he infamously dumped him from the starting line-up for the biggest game of last season against Real Madrid. Additionally it must be noted that until Nani’s red card, in hindsight the correct decision by the referee, that United’s game plan was working superbly.

The message there was clear from the previous manager: Wayne Rooney is expendable to Manchester United football club if he chooses not to put the club first.

“I got told to play in midfield and I didn’t want to […] I just think there had to come a point when, for my own career, I had to be a bit selfish really […] felt I deserved the right to play in my position and that wasn’t happening.”

Moyes has relented and has switched United back to a 4-4-2 to accommodate Rooney’s whims and in the process conceded authority to a man who once insulted him in an unintentionally comical autobiography.

Great for him but bad for the team. 4-4-2 is an outdated system and United have been outmanoeuvred in midfield by a Liverpool team someway off their best, West Bromwich Albion and comprehensive demolition job by Manchester City and it is certainly not a formation which will obtain success in Europe. Even in victory United have looked rigid, short of ideas and deferential to Rooney, which has marginalised the better striker in Van Persie and has seen a brilliant creative talent in Kagawa pushed out virtually altogether.

David Moyes in my opinion made the wrong call in the long term to pander to the rotund child rather than make a bold and risky move to cash in on a someone who has breached the Ferguson’s prime directive of ‘no man is bigger than the club.’ Instead Moyes’ authority and the team’s ability to function on the field have been damaged to cater to a man who failed to prove himself as the talisman for Manchester United.

Until Paul Stretford’s dim-witted cash cow is moved on, the post Ferguson transitional period could become much more painful for Manchester United.

3 responses to “The Northern Loudmouth: United should have cashed in on Wayne”