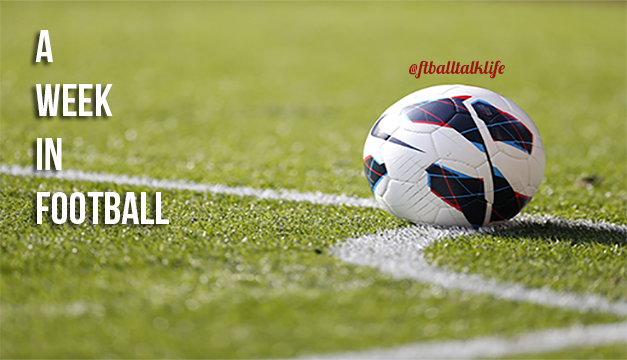 With the International break meaning no Premier League or Championship football, all ties turned to England’s attempts to limp over the World Cup qualification line. The opponents were Montenegro, sturdy but hardly fearsome opposition, but given how England had so far failed to actually beat a team not San Marino or Moldova, the build up to the game certainly didn’t feature unbridled confidence and optimism. The England is not the side is should be, a fact apparent to the world. There are numerous systematic problems plaguing the Three Lions at the moment, but also pervasive is a negative mentality. Part of the reason as to why qualification has once again gone down to the final game to be decided is that draws against the likes of Montenegro, Poland and Ukraine are being viewed, within the England camp at least, as good results. With all respect to Montenegro, one would be hard pushed to pick more than three of their players (Vučinić, Jovetić and Savić) that could cut it at Premier League level. The Ukraine and Poland are obviously sterner opponents, but with a side stuffed with Premier and Champions League regulars, England should be heading into all of these games, home or away, with a positive game plan and complete confidence in victory.

On Thursday, England finally entered a game under Hodgson with a positive and aggressive attitude. With a victory and therefore goals needed, Hodgson could no longer hedge his bets and stick with the conservative. England lined up with two wingers in debut hero Townsend and Danny Welbeck, as well as both Sturridge and Rooney, and this intent was rewarded with a 4-1 victory. The deep lying Lampard and Gerrard made a mockery of the generally believed fallacy that England cannot retain possession, recycling the ball brilliantly and repeatedly releasing the ball down the flanks, with Townsend and Baines in particular tormenting the Montenegrin full backs. England achieved 61% possession, hitting 27 shots in a truly dominant performance. The stage is now perfectly set for qualification with a win against Poland on Tuesday, a feat that, especially at an expectant Wembley, should be thoroughly achievable. However, it is frustrating that a win in the final game of the campaign is necessary, and it will be far from a given against Poland.

The victory over Montenegro whilst convincing, must not be blown out of proportion, Poland are a better side when Montenegro are at full strength, and the team that faced England had been ravaged by injury, with Juventus’ Vučinić in particular a huge miss. In Błaszczykowski and Lewandowski, Poland have the players to hurt England, so a professional job is a must. However, England fans will hope that fear of losing doesn’t prevent the Three Lions from winning, with it imperative that Hodgson again be bold with his choice of line up and not revert to type. Even if all goes as planned on Tuesday and England qualify for Brazil, we are still a long way off from troubling the latter stages. The players are certainly there; it would be hard for anyone to deny that on their day the likes of Rooney, Baines and Wilshere aren’t world class players, but if England revert back to playing for draws rather than wins, then they will never trouble the world’s top sides.

England have a host of young talent emerging; Sterling, Zaha, Morrison, Barkley, Ward-Prowse, Berahino, Hughes, Stones, Chalobah, Byram, Powell, Luke Shaw and the list goes on. The next couple of competitions will be crucial in these players development, and the handling of these players will be crucial in whether England can attain any silverware in the foreseeable future. This group could, and hopefully will be joined by others in the near futures, with players such as Adnan Januzaj now being courted for the England team, as the home nations now look again at their decision to opt out of the residency rule. Jack Wilshere has claimed that only English players should be allowed to play for England, but what is English Jack? England is arguably the most multicultural country in the world, but our national team should, but doesn’t currently reflect that. Numerous countries make use of the residency rule, with Germany the prime example, yet their culture cannot boast the vibrant variety of England’s.