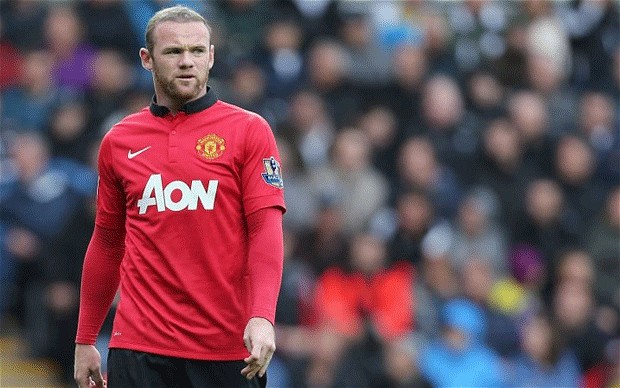 Wayne Rooney spoke publicly to the press about his reasons for wanting out of Manchester United and put it entirely down to Sir Alex Ferguson playing him out of position following the arrival of Rovin van Persie.

Rooney now claims to be “happy” playing under David Moyes but he cut his answers short when asked if he wanted to stay at the club and extend his current contract. He would go no future than saying there are discussions taking place behind the scenes.

Rooney was of the belief that, after nearly a decade at the club, he had done enough to secure a place in “my position” and was fed up of being told to sit in midfield.

“Everyone at the club knew where I wanted to play and I think that’s why I was disappointed. I got told to play in midfield and I didn’t want to. I just think there had to come a point when, for my own career, I had to be a bit selfish really.

This notion had nothing to do with his performances. That he was not critical of. Rooney just did not like the feeling of being pushed down the pecking order under Van Persie, then being gradually moved into midfield. A selfish statement without a doubt, but one I can hold against him? Hmm, yes and no.

For the sake of Rooney’s career he wants to be playing in his preferred position as long as possible, but is it worth sacrificing for a place in Manchester United’s starting eleven?

“I actually felt when I played in midfield I did OK, but I didn’t want to play there. I’ve had no problem in the past playing out of position. But I felt I deserved the right to play in my position and that wasn’t happening. I think, naturally, I was a bit disappointed and maybe that affected some of the games I played. I know myself that last year wasn’t my best season but there were times when I was playing in different positions. I didn’t feel I got a consistent run of games up front. Sometimes when you’re not playing in one position all the time it’s difficult to adapt.”

The rest of Rooney’s quotes can be read on the Guardian website.